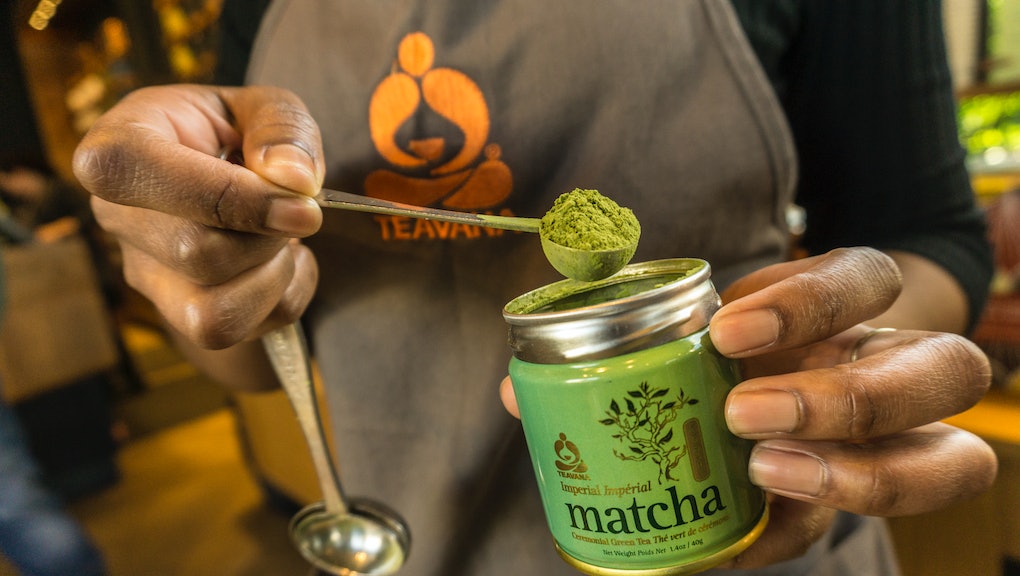 Coffee breath. Jitters. Stained teeth. These are all the delightful side effects of your coffee addiction. Now imagine an equally energizing drink which would not only sidestep coffee's awful side effects but actually improve your health in the process.

It's called matcha, and it's your new best friend.

Matcha is a fine, green powder made of stone-ground green tea leaves that is stirred into liquid to produce a purified form of green tea. But because it's a powder, matcha-heads are developing endless ways to use the ingredient.

Read more: Science Shows Which Caffeine Option Is Least Destructive to Your Health

Among its many benefits are the power to help you focus without that bouncing-off-the-walls thing.

"The effect [of matcha] is a nice extended release of energy — calm yet alert," Conrad Sandelman, cofounder of Cha Cha Matcha in New York City, told the Wall Street Journal.

"[Matcha is] the ultimate mental and medical remedy and has the ability to make one's life more full and complete," the priest said in the 8th century (according to the Telegraph).

A full and complete life is all fine and well, you're probably asking, but does it do anything else?

You bet. Matcha is rich in antioxidants and EGCG, which can help fight cancer and cardiovascular disease. Oh, and it gives your metabolism a boost and helps you burn calories.

Researchers are currently studying whether the versatile substance can re-freeze the polar ice caps, put an end to body shaming and get Apple to reconsider the headphone jack thing.