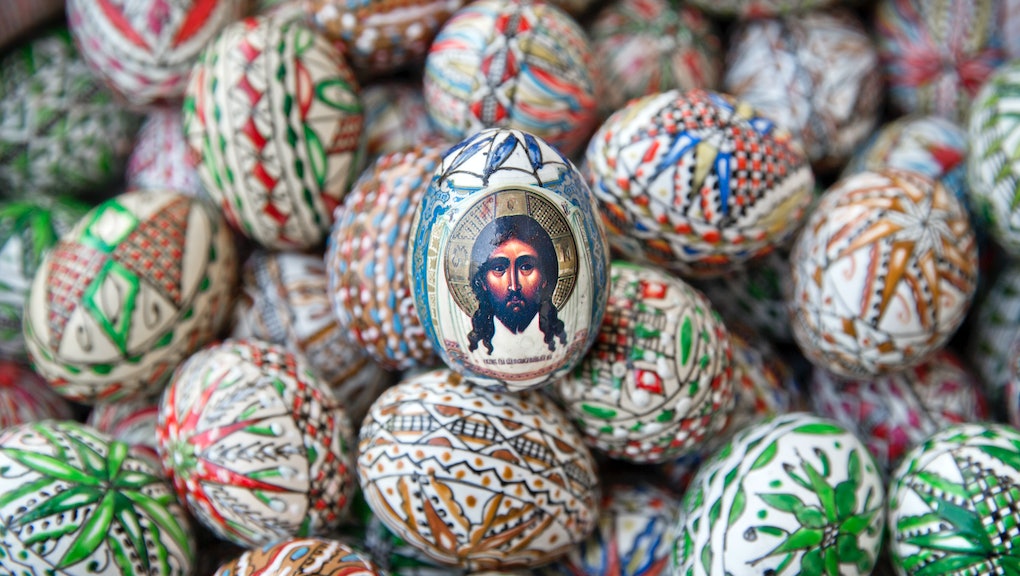 Why Do People Paint Eggs for Easter? The Tradition Is More Multicultural than You'd Think

There are many traditions associated with the Christian holiday of Easter, whether it's eating bunny-shaped chocolates — or really bunnies in general — or dressing in pastels. But many of these are not Christian in origin (i.e., they're not in the Bible). The common Easter activity of painting eggs, for example, actually predates Christianity.

Read more: Pope Francis Has an Easter Message on World Peace Everyone Needs to Hear

According to the History Channel's website, painting hard-boiled eggs was originally a Pagan tradition: "The egg, an ancient symbol of new life, has been associated with pagan festivals celebrating spring."

The Huffington Post's Jahnabi Barooah notes that "For thousands of years, Iranians and others have decorated eggs on Nowruz, the Iranian New Year that falls on the spring equinox."

Easter became associated with egg painting sometime in the 13th century, according to the History Channel — perhaps a byproduct of the Byzantine Empire. The Easter egg had become a symbol for Jesus Christ's resurrection, of him emerging from the tomb. "Eggs were formerly a forbidden food during the Lenten season," the History Channel's website explains. "So people would paint and decorate them to mark the end of the period of penance and fasting, then eat them on Easter as a celebration."

"Painting Easter eggs is an especially beloved tradition in the Orthodox and Eastern Catholic churches where the eggs are dyed red to represent the blood of Jesus Christ that was shed on the cross," Barooah wrote.

So that's the story of the incredible, edible and painted egg.