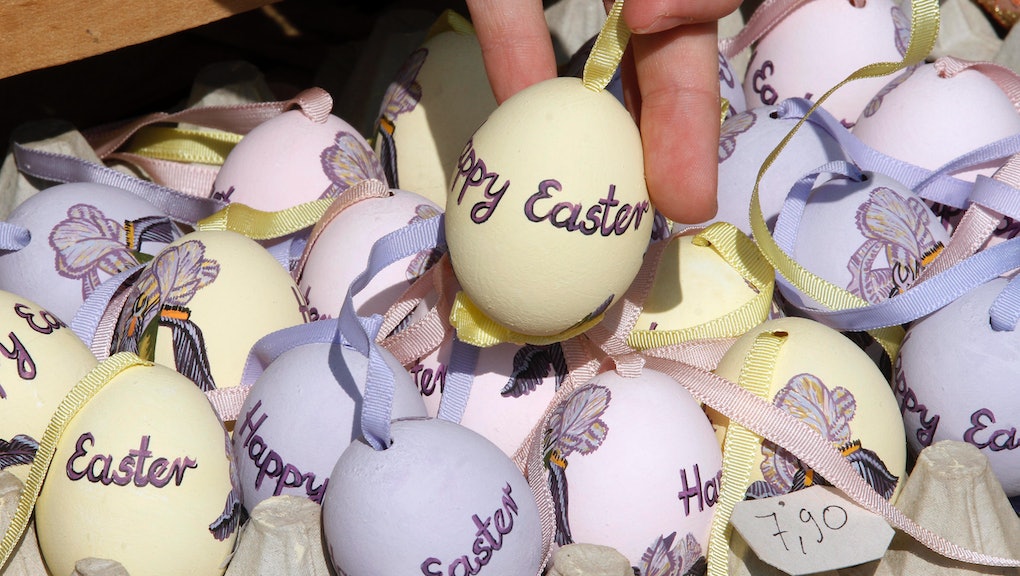 Are Easter and Passover Related? Here's the Story Behind the Spring Holidays

Every year, the Christian holiday of Easter and the Jewish holiday of passover happen around the same time, and each seem to share overlapping themes of miracles, rebirth and renewal (also eggs). But is there really a connection between these two holidays, or is their proximity on the calendar just a fun religious coincidence?

Easter celebrates the resurrection of Jesus Christ from the dead, as described in the New Testament, and is often observed with religious services, family gatherings and seemingly unrelated festive activities like finding candy hidden in eggs and hanging out with grown adults in bunny costumes.

Passover, which begins on the 15th day of the month of Nissan in the Jewish calendar (usually April in the Roman calendar), commemorates the Exodus from Egypt and the Israelites' freedom from bondage as described in the Old Testament, and is observed with ritual meals called a Seder.

"Unlike the yoking of Christmas and Hanukkah, Easter and Passover are festivals of equal gravity. Side by side they bring to light the deep structures of both religions," explained Rabbi Ismar Schorsch in an essay printed on MyJewishLearning.com. "In both festivals nature and history converge with a resounding message of hope. The renewal of nature that comes with spring amplifies the promise of redemption embedded in the historical events being commemorated."

In fact, many believe that Christ's Last Supper was a Passover Seder, although, as Slate reported in a 2010 examination of that argument, the meal that Jesus would have shared with his disciples would look decidedly unfamiliar to those celebrating Passover today: "One thing is clear: Jesus and his disciples were not eating gefilte fish and hiding the afikomen," Michael David Lukas wrote for Slate. "The Passover customs Jews know today developed over the course of many centuries, incorporating Hellenistic banquet traditions, Aramaic folk songs and rabbinic commentary."

Passover and Easter do have much in common, though, just as Judaism and Christianity share many repeating themes and overarching beliefs. But, on a larger level, Passover and Easter are both celebrations of spring the the changing seasons — a theme that connects all people, regardless of their personal faith or spirituality.