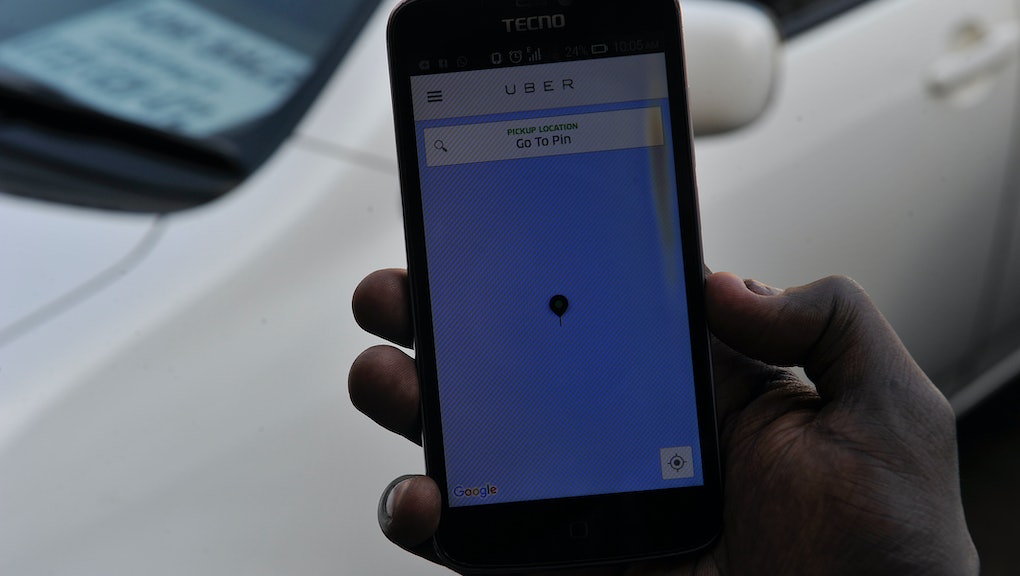 We've all been there: You're at a bar, you've had a few too many drinks and you just want to get home ASAP, so you pull up your ride-sharing app of choice. You know you should just take a bus and save some money, but at a certain point convenience always beats frugality, so you drop $20+ on a cab ride.

For someone caught in the throes of an Uber or Lyft addiction, it's hard to avoid the temptation of tapping that icon on your home screen and calling a car for even the shortest of trips. But those who've actually done the math know that the costs of taking an Uber ultimately add up.

To find out exactly how much people are spending on ride-sharing services — and how much they can save by deleting them entirely — we asked Uber and Lyft users in various parts of the country to calculate their monthly expenses on the apps. Overall, they found that their cab habit cost them hundreds — or even thousands — of dollars per year.

Of course, not everyone who uses a ride-sharing service finds it difficult to curb their spending. Steve Han, a freelance writer based in Manhattan, said he only uses Uber a few times a week, mostly during rush hour when the trains are too busy. He's currently only spending between $10 to $20 a week, or less than $100 a month. But he also makes a point to avoid Uber surge charges and peak hours, which impacts how much he spends.

Others, however, have a much harder time resisting the urge to press that little button at the end of a long day at work, or a drunken evening out. Ana Cosma, 25, who lives in Washington, D.C., said that until recently, her cab expenses were out of control. Using the Pistats app, which calculates how much you spend in a given time period by looking at your Uber and Lyft receipts, Cosma found out she spent $518.80 on Uber and Lyft in 2015 alone.

"I would say that the highest point was about $50-60 in one week," Ana Cosma said. "[It's] not something I am proud of, but hopefully others can learn from my mistakes."

Since that high point (or rather, low point), Cosma has put her spending in check and is working with a friend to assess her finances. "Now I am definitely spending less than $20 [a week]," she says. "I also became more savvy about checking both Uber and Lyft, because Uber surges seem to be way worse."

Cosma isn't necessarily an exception. Many people we spoke with spent hundreds, if not thousands, of dollars on cabs per year, even when they lived in cities where public transportation was a reasonable alternative.

Lauren Bell, 26, who lives in Boston, said her main reason for using Lyft was convenience. She relies on Lyft to get to and from work twice a week, when she works night shifts.

"I do not own a car, and while the public transportation in Boston is somewhat reliable, it can take an hour to travel what could be a 15-minute car ride," she said.

On average, Bell is spending $80 to $140 dollars a month on rides. Using Pistats, she spent $788.80 on Uber and Lyft combined in 2015. She admits she's not really taking active steps to budget her spending when it comes to Lyft, but she does try and avoid peak hours.

"I would consider limiting myself to save money, but I would not give it up entirely," she said. "I find the spending to be worth it if I can avoid a 20-minute walk in a snowstorm, or if I can get home in 10 minutes after a long day at both of my jobs."

The costs particularly add up for people who take Uber as often as a few times a day. Veronica Glover, 27, who lives in the Bay Area of Northern California, said she started using Lyft for her daily commute to and from work earlier this year. Her commute costs about $18 per day, or about $7 more than if she were using public transportation.

"I would consider limiting myself to save money, but I would not give it up entirely."

Glover knows that if she's going to keep taking Lyfts to and from work, she'll need to cut back elsewhere, from eating out to grocery shopping. "I've started preparing my lunch at home as opposed to buying it at work and I've started using coupons when I shop to save money so I'll have enough to use Lyft," she said.

But she said the benefits of private transportation outweigh any monetary loss.

"Lyft is costing me about $7 more per day than BART and if it wasn't a matter of feeling unsafe on the train, I'd still be using BART for my commute," Glover said.

So what are the numbers? With the exception of Glover, most of the people we spoke with spent an average of $22.50 a week on Uber or Lyft, or in the ballpark of around $100 per month. Excluding Glover, who has not been using Lyft or Uber for a full year, their average annual cost was about $1,170.

It's worth noting that this was a fairly small sample size and that the amount one spends on ride-sharing services obviously varies tremendously, depending on factors like where you live, how often you use the service and the length of your commute. But ultimately, for many people, considerations of well-being, time and comfort clearly outweigh the financial strains caused by ride-sharing, whatever the extent of those financial strains might be — and considering that Uber is now available in more than 300 cities, it looks like ride-sharing isn't going anywhere anytime soon.