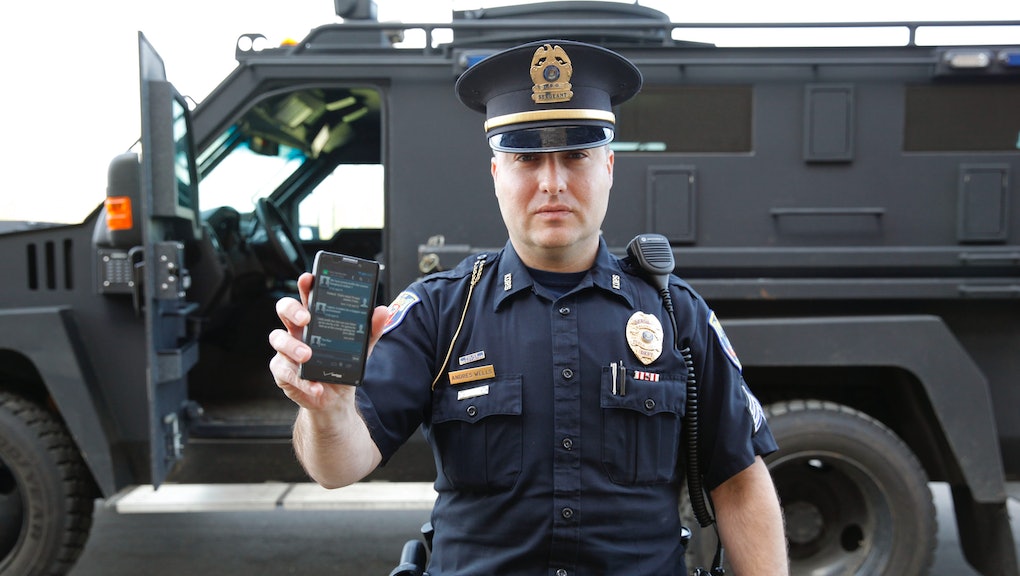 Texting while walking might cost people their lives. But seeing how easily pedestrians have shrugged off that consequence, New Jersey lawmakers are now rallying for it to cost people their money, too — because somehow that's worse.

State Assemblywoman Pamela Lampitt has drafted a bill that would impose a $50 fine, 15 days in jail or both upon those caught crossing the street while absorbed by their smartphones, the same penalty for jaywalkers.

"Distracted pedestrians, like distracted drivers, present a potential danger to themselves and drivers on the road," Lampitt told the New York Daily News. "An individual crossing the road distracted by their smartphone presents just as much danger to motorists as someone jaywalking and should be held, at minimum, to the same penalty."

According to Lampitt, a survey by the National Safety Council concluded that cell phone distraction resulted in at least 11,101 injuries from 2000 through 2011, with approximately 80% of those injuries resulting from a fall.

Using cell phones while driving poses the greater safety threat, according to the Washington Post, which reported 3,154 deaths and about 424,000 injuries in 2013 alone. But emergency room personnel have seen a growing number of injuries from pedestrians who fell, walked into objects or were hit by cars while on their phones.

"We're dealing now with an addiction to these electronic devices that is, frankly, all-consuming," National Safety Council President and CEO Deborah Hersman told the Post. "When something beeps or buzzes or dings or vibrates, it really is as compelling as someone tapping you on the shoulder."