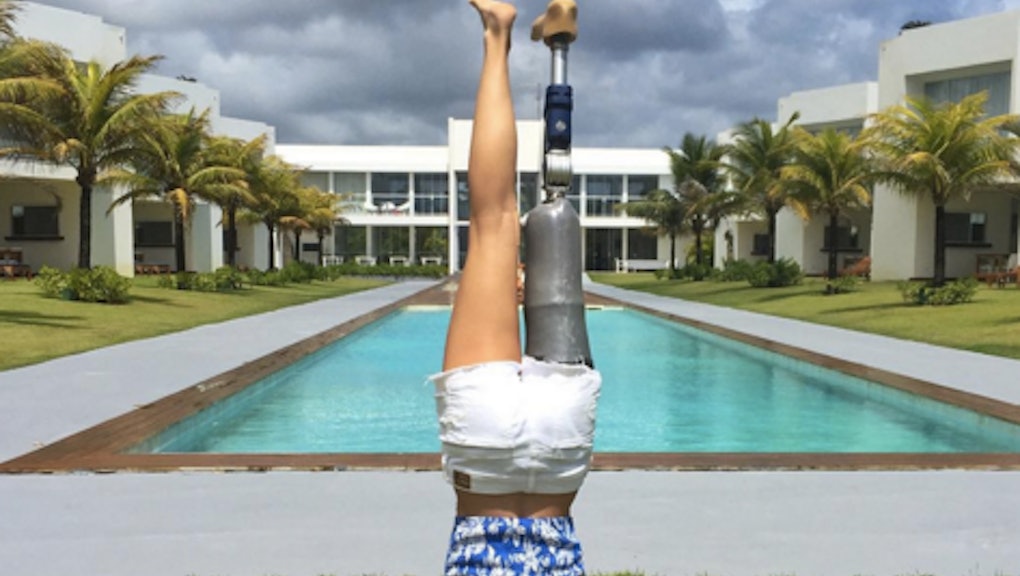 How This Brazilian Model Triumphed Over Expectations After Losing Her Leg

Life always changes after a car accident, and nobody knows it better than 21-year-old Paola Antonini.

In 2014, the Brazilian model lost her leg after being struck by a drunk driver. But rather than shrink into the shadows, Antonini cranked up her efforts, and has since risen through the Instagram ranks with cheerful shots showing off bold bikinis — and a sleek prosthetic leg.

"Between being unhappy forever and thankful for being alive, I chose the second option," she told the Brazilian website VejaBH.

Antonini's story comes soon after Lauren Wasser — who lost her leg from Toxic Shock Syndrome, a potentially deadly condition linked to tampon use — grabbed headlines for landing a gig with Nike and making her New York Fashion Week debut.

A setback? No question. A career killer? Hardly.