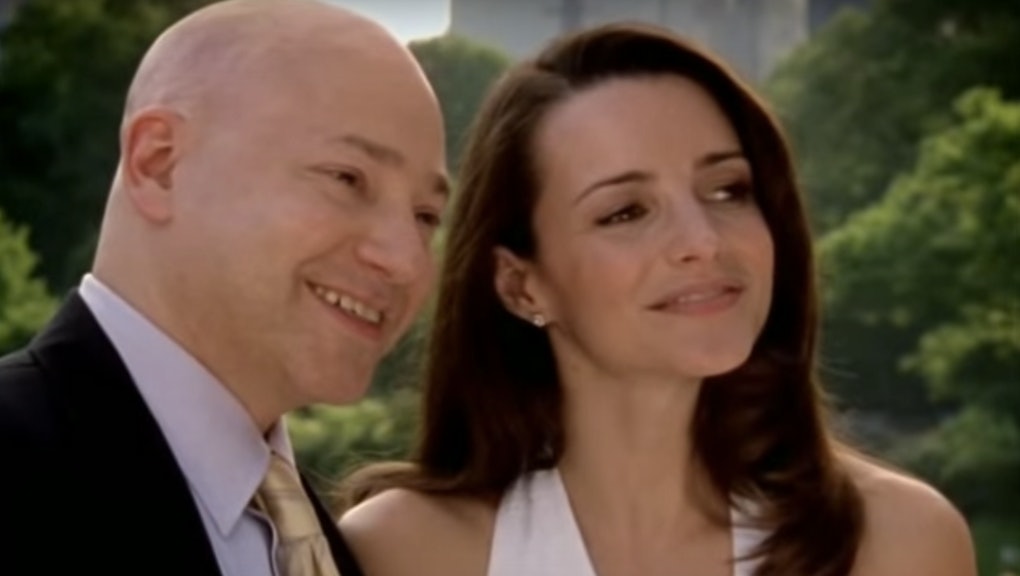 In Defense of Settling for the Not-So-Perfect Partner

Sometimes, finding a good partner can feel oddly similar to searching for that ever-elusive perfect apartment.

You have a list of ideals you prioritize — a certain price range, a number of bedrooms, hell, maybe an on-site laundry room — but if you spend enough time on Craigslist, you realize that no apartment can meet all of your demands. More often than not, we end up with a place that has a shitty carpet and minimal closet space.

Relationships work the same way. Date someone for long enough, and no matter how great they are, a laundry list of flaws are bound to come out. Which is why two entrepreneurs, David Wheeler and Jacob Thompson, recently launched Settle for Love, a dating site built around the premise of being the real you from the get-go.

"I've been on Match, OKCupid, Plenty of Fish, eHarmony," Wheeler told the Chicago Tribune. "And I met some really good people. I just feel like the honesty in the relationships came out a lot later on those sites. I always wished you were more encouraged to be yourself."

With the motto "Imperfection is beautiful," users on Settle for Love are asked to upload both traditionally flattering photos and more realistic "bad" photos (think: what you see when you first turn the front-facing camera on). Users are then encouraged to list both their positive and negative attributes in their bios, showcasing their flaws in the hopes that they'll meet someone who will "settle" for them.

The idea of settling sounds profoundly un-romantic; cynical, even. But are Wheeler and Thompson onto something here? Does settling get a bad rap? While it can be hard to believe that people who settle for their average-looking, moderately interesting partners are really that happy, it's worth considering that even apartments with shitty carpets can one day become dream homes.

The problem with chasing the checklist: Christopher*, 27, admits he would never take a second glance at his girlfriend's profile if he were to swipe by her on Tinder or OkCupid today — and they've been dating for four years.

"The biggest problem with our relationship is that I don't really find my girlfriend attractive," Christopher said in an email interview. "She is definitely not my type [...] I love breasts, I love skinnier women, I love hipsters and rock chicks." Other ideal qualities include being sexually adventurous, vivacious and energetic and open to poly relationships.

Christopher acknowledges that he loves his girlfriend, and that his standards for an ideal partner are unrealistic and problematic. Still, he believes that he "settled" for Liz.

"Love is a weird thing, hard to predict," he said. "Honestly, other than the looks part, she is pretty much perfect for me. She puts up with my bad jokes and is happy doing her own thing but equally happy to spend time with me. Our relationship is just easy and fulfilling."

Research shows that we're far more willing to concede our "on paper" demands than we might think. A 2011 study published by the Journal of Personality and Social Psychology found that deal-breakers and ideals matter far more in theory than in practice; when we actually meet someone in person, chemistry and attraction take precedence. Essentially, what people say they want in a potential date actually has very little bearing on their real-life partner selection.

Giving up the myth of "the One": The notion that settling might lead to greater happiness is not a popular one. The sheer abundance of bizarrely specific niche dating sites — from MouseMingle to 420 Singles —  preserves the idea that emergent technologies will hone the search for "the One" down to an exacting science. The steadily rising age of first marriage also reflects a generation that would rather keep shopping around for the perfect partner than dare to settle for a man without, say, health insurance.

Most popular TV shows and films are bent on this notion that "the One" is out there — and that we all might be better off if we dumped the perfectly nice people we're seeing and opt to wait for that mythical creature. As Lori Gottlieb, author of Marry Him: The Case for Settling for Mr. Good Enough, noted in the Atlantic, women in particular are given icons like Carrie Bradshaw of Sex and the City and, more recently, Marnie Michaels of Girls, who ditch well-meaning, stable partners like Aidan and Charlie for more passionate counterparts like Mr. Big and Desi, respectively.

Being averse to settling can be not only exhausting but downright frustrating. "I have definitely settled for my partner. I am sick of looking and dating and going through all of the motions," Marie*, 28, said.

While Marie had been waiting around for a non-smoker with a stable job, no children and a love of good conversation, she ended up with an ex-heroin-addict landscaper. Once she got over his unattractive "strange stoner pseudo-surfer way of speaking" and history of addiction, they bonded.

Marie knows her partner sounds far from ideal. But almost a year into the relationship, she's glad she compromised for love.

"My boyfriend is loyal, loving and I've never been with anyone who dotes on me the way he does," Marie said. "He treats my family with respect. He helps my single aunt out around the house, he does the yard work and dump runs. He's family-oriented."

Choosing stability over a fairytale: There comes a point when holding out for a soulmate who hits all the points on your checklist can lead to a lot of lonely nights, dead-end dates and unrealistic expectations for the future. That's why there are vehement advocates of settling such as Lori Gottlieb, who argues settling and waiting for an intense connection often have the same outcome. Gottlieb wrote in the Atlantic:

"Don't nix a guy based on his annoying habit of yelling 'Bravo!' in movie theaters. Overlook his halitosis or abysmal sense of aesthetics. Because if you want to have the infrastructure in place to have a family, settling is the way to go. Based on my observations, in fact, settling will probably make you happier in the long run, since many of those who marry with great expectations become more disillusioned with each passing year."

For some people, other life goals like buying a home, starting a family and having a lifelong companion are more important than meeting a gorgeous, rich, well-groomed fantasy person.

Jenna*, 29, never dreamed she would spend her life in her hometown. But after college, when she rekindled things with her high school boyfriend, she settled for small-town life and set aside her travel itch.

"I hate the area we live in, but he has a solid job and steady income from a family business here," Jenna said in an email interview. "No matter what choice you make, other choices will always become unavailable to you. I'm loving the stability and companionship I get from this relationship I've compromised for."

Everyone settles: The other reality that gets lost in the overly romanticized representations of soulmates and "the One" is that once you find your romantic white whale, reality will eventually set in. After a time, they too will forget to scrub the tub and bicker with you over your Netflix queue.

Suzanne*, 23,  said she had to settle for her partner's body type in her current three-year-long relationship, just as he had to settle for the fact she suffers from life-long depression. "Everyone has to give a little to be in any kind of a relationship," she said. "From mothers to roommates, there are always things that you don't like about a person."

"Perfect partners" are bullshit: "Anyone who thinks their partner is perfect just doesn't know them well enough yet," said Julianne*, 25, another settler.

But Julianne said she is blissfully in love with him.

"You don't always fall in love with the person you'd expect to, and if you're really happy together it doesn't matter if your partner's short a few inches or a few zeroes in their bank account, Julianne said. "Everyone has flaws and part of the magic of falling in love is that they fade into the fabric of your partner as a whole."

There comes a point when even self-identified settlers don't even feel like they're settling anymore. They realize the universal truth: everyone has a shitty carpet, including them.

"Sometimes I wonder if I have done the right thing, if I wouldn't be happier with someone else, with someone who fit my desires a little more," Christopher said. "But then I think about what it was like to be single, and what it's like when [my girlfriend] is away on a business trip and I am by myself for a few days and I remember how good I have it. Our love may not be picture perfect, but it is damn satisfying."

*Names have been changed so subjects can speak freely about private matters.