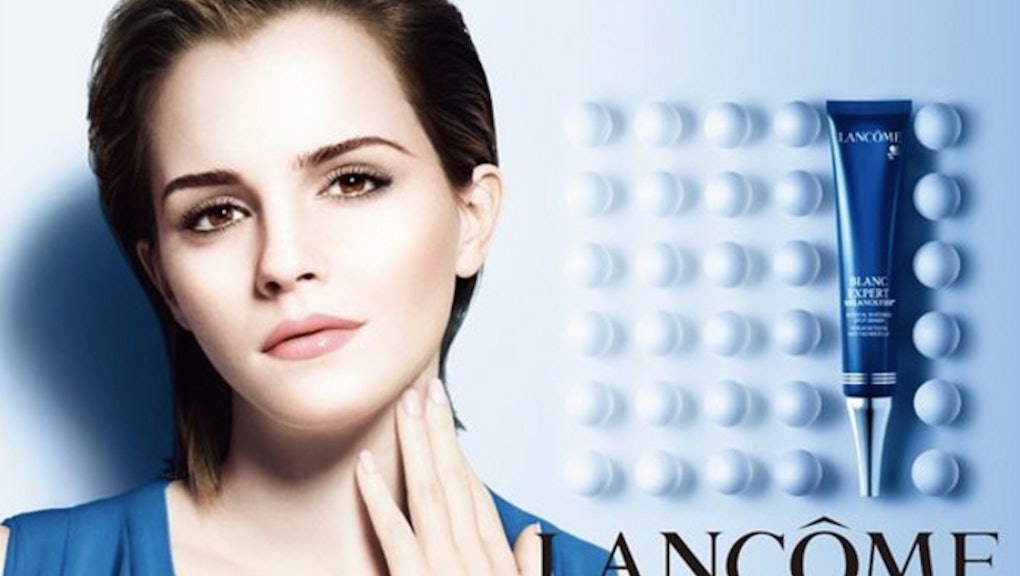 Emma Watson Was the Face of a Lancôme Skin-Whitening Product

Emma Watson may have blemished her pristine reputation by modeling for and being the face of a Lancôme skin-whitening cream, a type of product typically marketed to consumers outside the United States.

Watson served as the face for Lancôme's Blanc Expert, which the company's Singapore website proudly touts as "the No. 1 whitening brand in Asia," from 2011 to roughly 2013.

On Monday, online magazine Gal-Dem published "Perfect Whiteness: The Code Switching of European Cosmetic Companies," which pointed to Watson's work with the brand.

An Asian commercial for the product featuring Watson promises to "dissolve melanin." While Blanc Expert is marketed as a spot-erasing product, the commercial touts "whitening efficacy for three weeks."

Gal-Dem's opinions editor Charlie Cuff tweeted that the company was unapologetically brazen in its promise to help remove melanin.

"Looking at the description, they don't even TRY," she wrote. "Melanin is not something you want rid of."

Watson has been outspoken in the fight for gender equality, and in 2014 she helped launch the United Nations' HeForShe campaign. But some have argued her brand of feminism is not intersectional but elitist, and therefore exclusionary.

In October, Watson addressed this head-on after a fan asked her point-blank if she was a white feminist.

"I'm glad this question came up," she wrote. "[White feminist] implies that I am not aware of my own privilege."