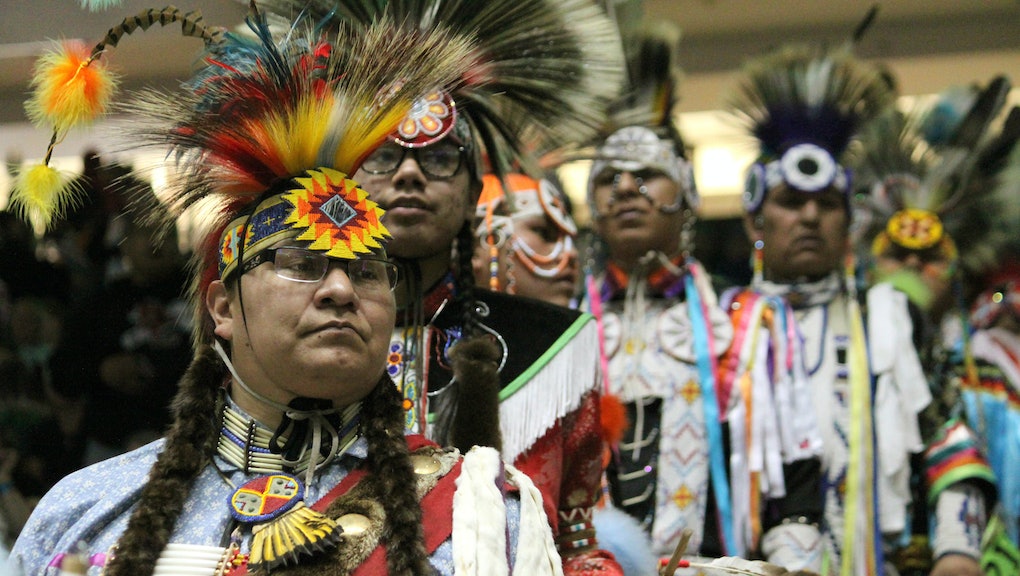 Dictionary.com Thinks a Powwow Is Where Native Americans Practice "Magic"

A powwow is a gathering of Native American peoples, marked by dancing, music and fortifying friendships old and new. But according to Dictionary.com, there's another special element involved:

Here is the top-listed definition of a powwow, according to "the world's leading digital dictionary":

"(Among North American Indians) a ceremony, especially one accompanied by magic, feasting, and dancing, performed for the cure of a disease, success in a hunt, etc."

"[There are] no magic tricks [at powwows]," Sarah Ortegon, an Eastern Shoshone and Northern Arapaho fancydancer and former Miss Native American USA, told Moya-Smith. The "ultimate goal of colonialism was to make our way of life disappear, pow wows have only helped keep some of our traditions alive."

This definition is loaded, in part because Native Americans have long been stereotyped as possessing mystical or supernatural attributes. The effect is a form of dehumanization, an equation of religious belief with the practice of fictional or magical powers that is rarely applied to, say, Christians or Jews.

Needless to say, Twitter users of indigenous descent were not thrilled by the website's mysticization of their traditions.

Dictionary.com did not respond to ICTMN's request for comment. But an important disclaimer regardless: Native Americans do not practice magic.