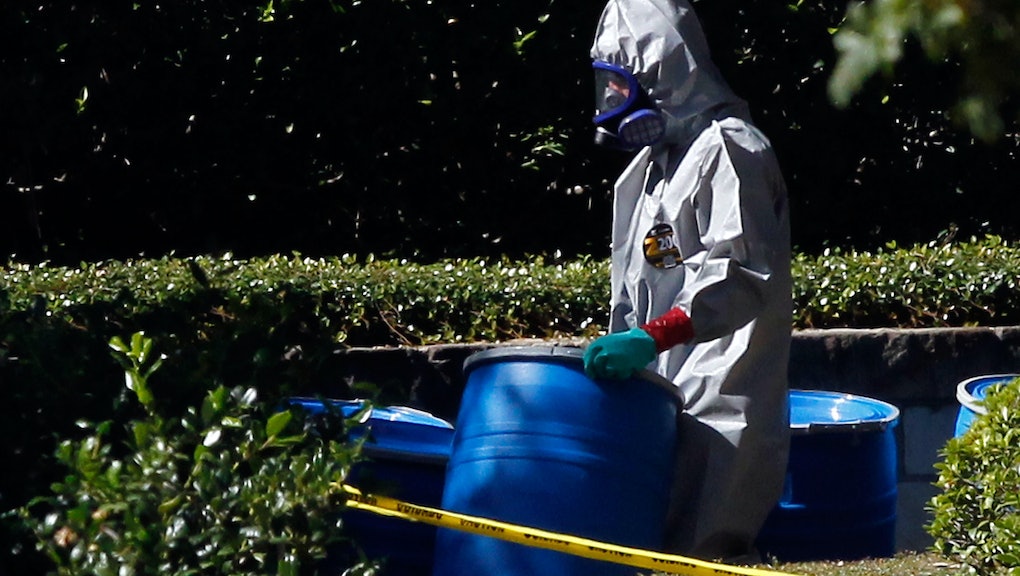 There probably isn't such a thing as Ebola-contaminated meth. But a viral hoax claiming a shipment of drugs laced with the deadly virus had made its way stateside went from low-hanging fruit to actual law enforcement strategy recently, after at least two police departments shared it to their social media feeds.

According to the Associated Press, the misinformation was posted to the Facebook page of the Granite Shoals Police Department in Texas, while a similar version ended up on that of the police department in Grayson, Louisiana.

Read more: Tennessee's Drug Testing Program for Welfare Recipients Is as Ineffective as Ever

"Meth and heroin recently brought into Central Texas, as well as the ingredients used to make it, could be contaminated with the life-threatening disease Ebola," wrote GSPD, which went on to urge drug users to take their drugs to their local police department for screening.

"DO NOT use it until it has been properly checked for possible Ebola contamination!" the post warned.

In 2014, amid a large-scale Ebola outbreak in West Africa, three Dallas residents were confirmed to have the virus.

At least one person in Granite Shoals heeded the post's warning and brought her drugs in for screening. She was charged with possession of less than 1 gram of a controlled substance, according to the AP. Adding insult to injury, the department later posted the news to Facebook, facetiously declaring her the "winner of the Facebook post challenge."

"So we at the GSPD like to show all parts of the enforcement world on Facebook, and that includes our sense of humor," the department wrote in a follow-up post, Ars Technica reported. The post went on to quote Jimmy Buffet, "If we couldn't laugh, we would all go insane."

The Texas director of advocacy group Public Citizen, Tom Smith, denounced strategies like the fake Ebola post. "At a time when we're having a crisis with growing heroin addiction, it's outrageous that we would set traps for people instead of coming up with strategies to get them into treatment," he told the AP.

At a time when public attitudes toward drug use are shifting, it's not hard to see why many weren't laughing.

A 2014 Pew Research Center survey found 67% of Americans think the government should focus more on providing treatment options for drug users than prosecuting them.