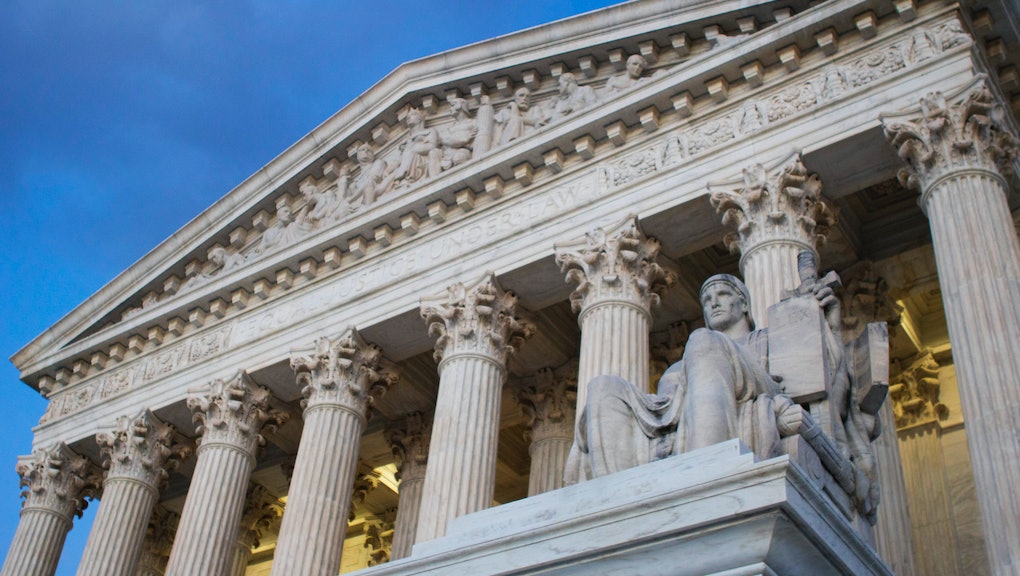 Just a few months ago, it seemed all but certain that public sector labor unions were going to be dealt a lethal blow by the Supreme Court. But due to an unexpected death in America's highest court in February, they've been spared.

On Tuesday, the Supreme Court announced a 4-4 tie on the case of Friedrichs v. California Teachers Association, effectively upholding a lower court court ruling in favor of the ability for public unions to collect fees from non-union members.

The ruling drives home how much the death of late Justice Antonin Scalia last month changes the political dynamic of the high court — and thus the nation. Earlier he had made indications that he would have voted against the unions.

Read more: What to Know About the Supreme Court Case That Could Cripple Unions

The case: The matter at hand was the legality of public unions requiring fees from non-union members in a heavily unionized workforce. The unions argued that these fees ensured non-members pitched in for the economic benefits they reap from the union's bargaining power.

In this specific case, 10 California public school teachers said that being forced to contribute funds to the union was a violation of their First Amendment rights. They argued that their dues were being used to support political activity that they disagreed with.

But the unions argued that the payments from non-union members pay are allotted only to the activities that improve their pay and benefits — not to political activity. As the New York Times reported in January:

Unions say the teachers' First Amendment argument is a ruse. Nonmembers are already entitled to refunds of payments spent on political activities like advertising to support a political candidate. Collective bargaining is different, the unions say, adding that the plaintiffs are seeking to reap the benefits of such bargaining without paying their fair share of the cost.

Organized labor has dodged a massive bullet. As USA Today notes, had a majority of the justices ruled against public unions, "the result would have been the demise of a nearly 40-year-old Supreme Court precedent that allows unions to impose such requirements on non-members."

The ruling would likely have crippled the way public unions finance themselves: If public employees could reap the benefits of union-negotiated contracts without paying mandatory fees, then it's quite likely that many would opt out of paying them.

Organized labor's victories these days are few and far between. This is a big one.