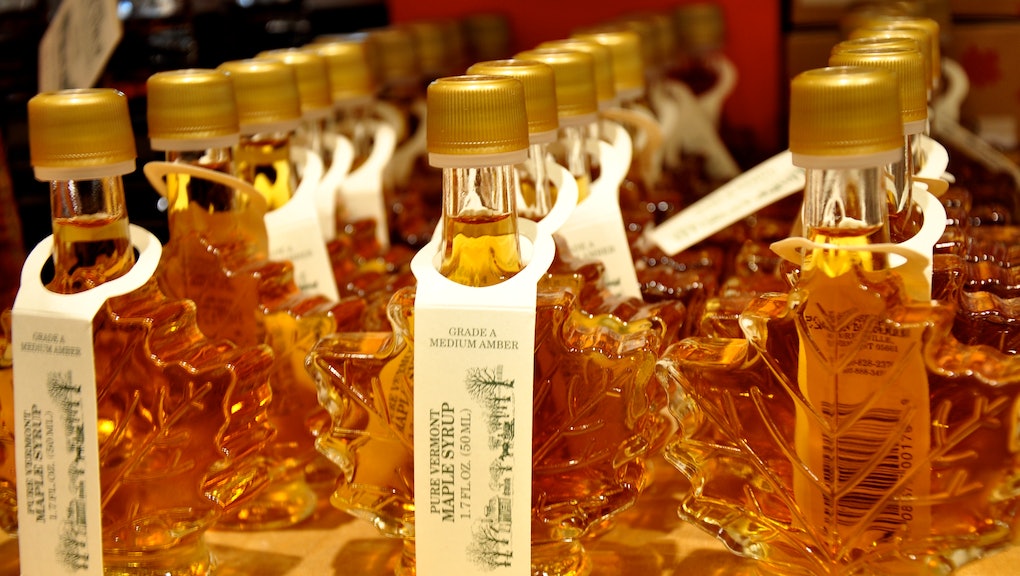 Compared to previous years, the maple syrup that you typically drown your pancakes and waffles in might be darker this year due to the changing climate. Earlier this month, the National Oceanic and Atmospheric Administration reported that a strong El Niño contributed to a winter that was 4.6 degrees higher than the 20th century's average temperature. This climate fluctuation has affected not only the period in which syrup producers are able to siphon sap from trees, but also the resulting product: a darker syrup more suitable for baking, instead of the lighter one you use as a condiment on your breakfast or in drinks.

George Cook, a maple and farm safety specialist from the University of Vermont Farm Extension, told Motherboard that many syrup makers are concerned. "They're obviously looking at what's happening globally and recognizing that if the trend of the northern part of [North America] continues so that it's getting warmer, the range of the land that is best for the growth of sugar maple trees is going to move north," Cook said. "If you don't have those freezing nights and thawing days for a period of four to six weeks or so the sap is not going to run. And if you don't get the weather you don't get the sap. We're extremely dependent on the right weather." Vermont is one of the largest producers of maple syrup.

Cook also noted that climate change has affected the resulting product. This warm winter has produced darker syrups typically used for baking due to its stronger maple flavor.

In general, the differing climate fluctuations has affected both how and where maple syrup producers can siphon tree sap. Daniel Houle, a researcher from Quebec's Ministry of Forests, Wildlife and Parks, told Motherboard that there is a distinction between regions where maple syrup production is possible and regions where maple trees simply grow. "Up north the climate is too cold for the maple trees to live, and in the south the trees may grow well but you don't have the weather that would allow you to collect the sap."

The ecological "footprint" of regions where maple syrup production is possible is shrinking due to climate change; according to Houle's research, production could decrease 15% by 2050, and 22% by 2090.