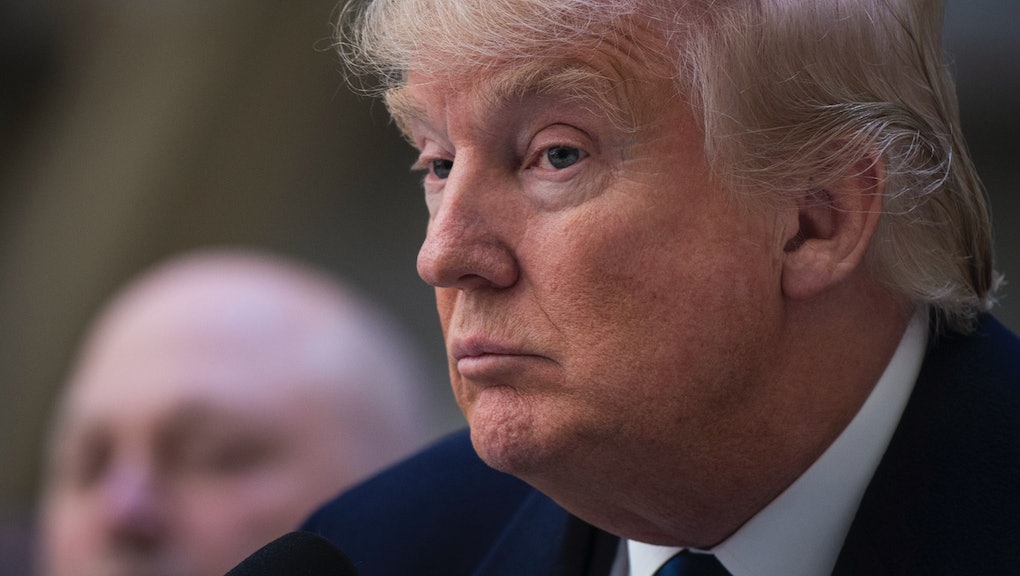 It's pretty widely reported at this point that when it comes to women, Donald Trump has a lot of opinions. Hillary Clinton? Not all that appealing. Angelina Jolie? Definitely not hot enough. Megyn Kelly? A bimbo. Heidi Cruz? Simply not first lady material.

As women across the world scramble in a state of panic to please this 69-year-old politician's truly meaningful gaze, Mic has some urgent news: Donald Trump really cares about your skin. Like, obsessively so. In fact, it's a deal-breaker for the man whose signature look comprises orange skin and a wispy combover.

That's at least according to a new YouTube video created by BuzzFeed's Andrew Kaczynski, chock-full of Trump commenting on women's skin. All the audio comes from Trump's many interviews with Howard Stern. So yeah, it's as weird as you'd expect it to be.

For instance, here is Trump on Oscar-winning actress Jennifer Lawrence...

...and on Halle Berry, who we barely feel worthy existing on the same planet as...

In the background of the video, by the way, the song "Goodbye Horses" from Silence of the Lambs plays, and if you don't get that reference, bless you.

"I threw this together in my free time because I noticed he regularly commented on women's skin so often on Howard Stern," Kaczynski said via email. "It was a just a matter of cutting clips from my big file of Trump appearances on Stern over the years. I'm pretty confident there's more skin stuff. This was just what I could remember from memory."

Or Angelina Jolie, who is an Oscar winner and a special envoy for the United Nations High Commissioner for Refugees?

We're pretty sure none of these women ever asked for his opinion, or cared. With this recent revelation, Trump is just adding to his long, long history of saying weird shit to and about women. So, in the meantime, can someone please wake us from this national nightmare?

Feel free to brace yourself and watch the entire video with audio below: