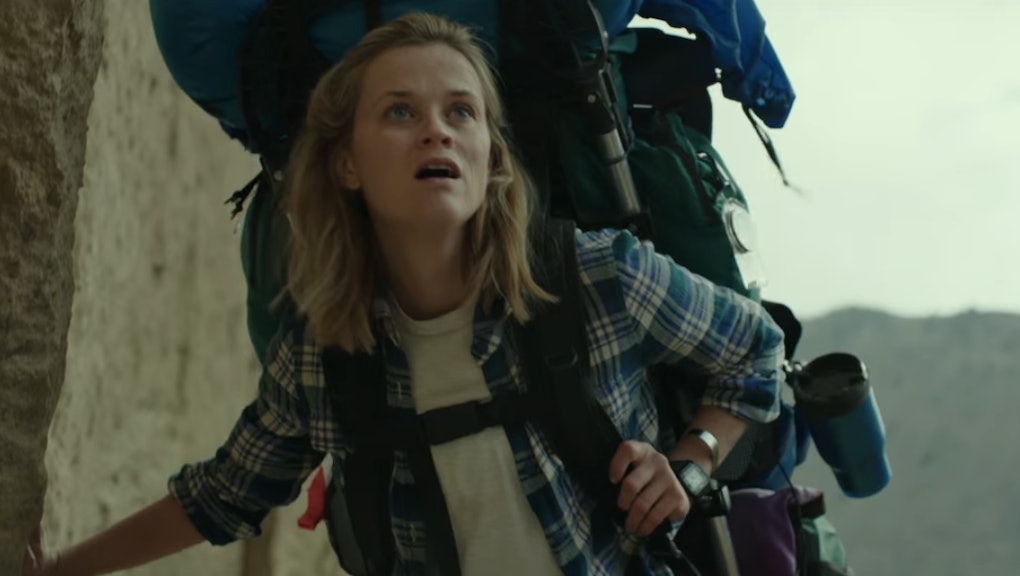 Yet even though spring break is traditionally thought of as a group activity, a small subset of young women are bucking the tradition, putting a more modern twist on the spring break trip by heading to Fort Lauderdale or Cancun or the Bahamas solo.

Solo female travel brings to mind its own set of Eat, Pray, Love-style cliches: jet-setting to an obscure and/or exotic locale, some light yoga on a foreign beach, leading to an enlightened spiritual awakening (or five). And in itself, the idea of a woman traveling alone is not that revolutionary: According to a 2014 survey from the travel website Booking.com, nearly 72% of women have traveled solo at some point in their lives.

Yet for spring breakers, the idea of going solo is much less ingrained, as tradition dictates that the sojourn in Fort Lauderdale or Cancun or the Bahamas be a group experience. For women like Bridey Heing, however, that was part of the allure of doing it alone.

Heing, 27, took a solo spring break trip during her freshman year of college, after deciding she wasn't interested in being "the college girl with the gaggle of friends, drunk in Cabo, making horrible decisions," as she put it in a recent interview.

Spurred by cheap airfare, a propensity for independence, and, admittedly, her own slightly antisocial tendencies, Heing spent a week in Paris completely alone — a choice she felt the full weight of only after touching down and realizing the extent of her isolation.

When she got back, she chopped off her hair and decided to leave the university she was attending. While she ended up going back to school a year and a half later, she said she likely wouldn't have made the decision to take some time off "and ask myself seriously what I wanted" without having spent that week abroad alone.

"Just being alone with your thoughts, having no one you have to put on any kind of act for — you're just completely immersed in yourself," Heing said. "That's a really powerful kind of emotional state to enter and it's one that you don't get to do when you've got the distractions of just day-to-day normal life."

"I just want to do things on my own and do something new."

That sense of self-reliance and self-exploration is to be expected for any traveler who strikes it out alone. For women, however, total independence in an exotic locale can often mean a break from the societal roles that constrain them in everyday life.

"I think people constantly think of females as mothers or sisters or daughters. That always requires someone else's presence, someone else as the primary presence. We're never like our own people," Jacqueline Kehoe, one half of the blogging team at the travel blog the Strange and New, said in a phone interview. "When we travel alone, we're individuals. We're nothing but ourselves. We're not our relationships, and more importantly, [we're not] our relationships with men."

For Emily Loe, 19, the decision to travel alone for spring break was a culmination of her new attitude toward independence, after years of never being alone.

Before college, she said, "I was just very sheltered and dependent. I couldn't go anywhere by myself and I couldn't even go and get coffee by myself." This spring break, however, she canceled her travel plans with her friends and decided to travel two and a half hours away to Eugene, Oregon to see a band she recently became interested in — on her own.

It's a small step, to be sure, but it's hugely symbolic for Loe. "I just want to do things on my own and do something new, explore and find something new for myself," she said.

In popular culture, female solo travel is often viewed as a tool of spiritual enlightenment in itself, a way to reclaim one's own sense of identity, with Florence and the Machine chirpily playing in the background. Memoirs like the aforementioned Eat, Pray, Love spur a rah-rah, girl-power brand of female empowerment, echoed across the blogosphere, that doesn't always align with the actual reality of what women are doing out in the world.

"Like the idea that me simply going and doing the exact same thing as a man warrants congratulation, like, are you serious?," Lehoe said. "It really in a sense just doesn't help the stereotype if you think women doing these things is something to be acknowledged and cheered on. That puts us at the ladies tee, we're not golfing with the men here."

Tokenizing female travelers is especially laughable since women travelers are effectively driving the growth of the solo travel industry. In fact, according to a 2013 poll, 73% of travel agents said that more women go on solo trips than men.

"If ... we're the ones doing the traveling and it's the most prevalent thing, how can it still be a big deal?," Kehoe asked.

There is, arguably, one major difference between solo male and female travelers, as is discussed at length by almost every travel blog on the internet: Women, moreso than men, must consider threats of danger and violence when traveling alone, even when deciding what countries to visit.

While it's true that many cases of violence against female tourists have made headlines in recent years, the conversation around taking travel safety precautions can take on an unnecessarily gendered tone.

"At this point, now everybody knows that this is my thing and people still ask me, 'Are you afraid? Do you feel safe? Should you be doing this by yourself?,'" Suezette Robotham, a biannual solo traveler since late 2013, said. "So I think that there's still this ... gender bias."

Yet for the most part, the hype surrounding the dangers of women traveling alone is just that, and striking out alone is yet another way to feel self-empowered.

"I think there's something kind of — I don't want to say subversive about it, but there is definitely that idea that, as a woman, it is too dangerous," Heing said. "I mean, shit, it's too dangerous to walk down the street at night to your home, let alone go around the world and just hang out by yourself."

"Shit, it's too dangerous to walk down the street at night to your home, let alone go around the world and just hang out by yourself."

After landing in Paris, Heing realized she'd forgotten to purchase an adapter for her cell phone. With her phone battery dying, the 18-year-old had what can best be described as a meltdown.

"It was just like the full weight of, 'I don't know what I'm doing and now I'm here and no one can help me,'" she said. "Like that initial 'Oh shit, I have to deal with doing this thing that sounds really glamorous and exciting' — like 'I'm just jetting to Paris for a week,' when in reality I'm like crying on the street."

But she found a way to deal with it and (after finding an adapter) went on to enjoy a spring break far removed from the boozy beaches of her peers.

"It was a trip of emotional highs and lows. It was really rainy until the very last day and the last day was absolutely beautiful which ... kind of matched my emotional state," Heing said. "Just the entire trip itself, like, everything that the trip kind of was and stands for for me is just always kind of in the back of my mind."

And that, for her, was worth more than a sunburn and a hangover.