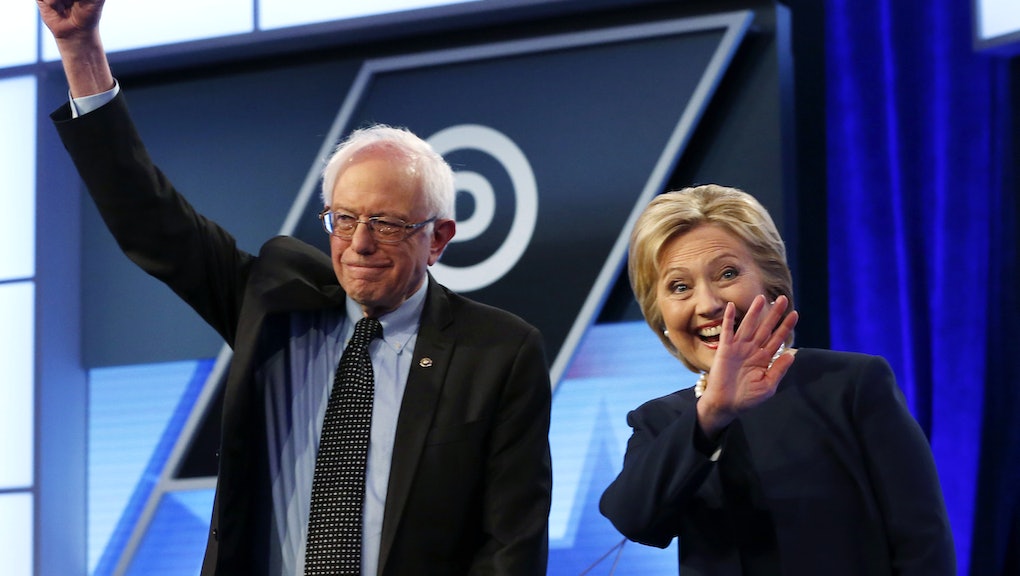 Bernie Sanders Supporters Hit Back at Clinton Camp With #ToneDownForWhat

Another round of shots...

Hillary Clinton may be inching nearer to the Democratic presidential bid and President Barack Obama may have said it's time Bernie Sanders give up the ghost, but rest assured the Vermont senator's gloves are still on.

And so, hoping to get in a few more punches, Sanders called for one last debate with Clinton before the New York primary on April 19. But Clinton, via her chief campaign strategist Joel Benenson, told CNN Clinton will not oblige Sanders request unless his campaign changes its "tone."

Read more: Hillary Clinton May Be Beating Bernie Sanders But Democrats Want the Race to Go On

"Sen. Sanders doesn't get to decide when we debate, particularly when he's running a negative campaign against us," said Benenson.

Sanders campaign manager told CNN he's confident Clinton will reconsider as April 19 draws near, but in meantime Sanders supporters are stuck on one specific aspect of the showdown: the question of "tone."

And, as they are wont to do (see also: #BernieMadeMeWhite, #BernOrBust, #FeelTheBern and the ill-conceived #MississippiBerning), Berners are now rallying behind a new hashtag, #ToneDownForWhat.

Some took Clinton to task for her own tone, which many perceive as dishonest and disingenuous:

Still others wondered aloud how Clinton, in the case of a Clinton vs. Donald Trump general election would stand up to Trump's famously abrasive tone.

For his part, "Turn Down for What" rapper Lil' Jon has wisely ducked the mudslinging. When Billboard reached out, a rep only said, "no comment."