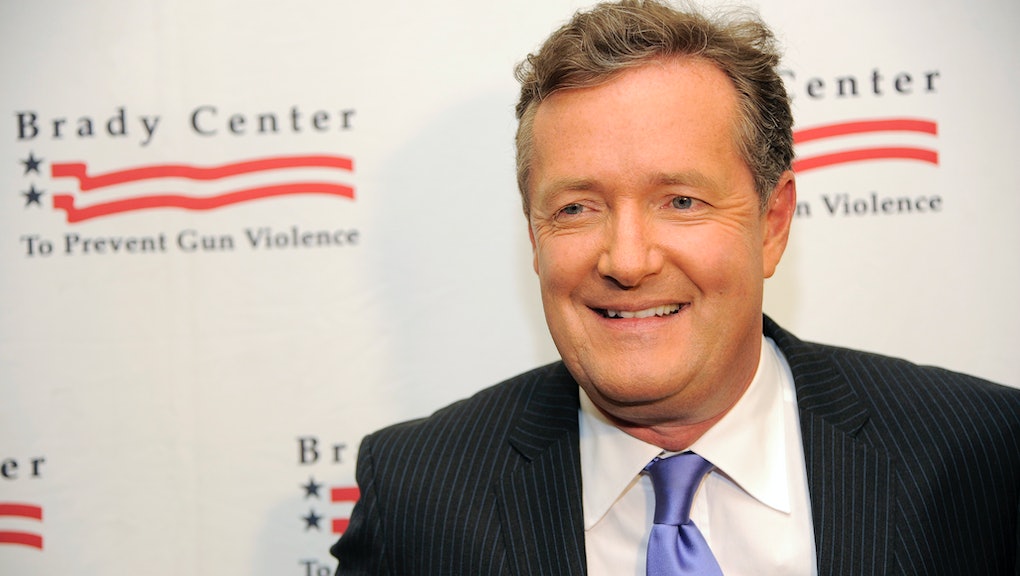 Police released footage of the incident that clearly shows Lewandowski grabbing and shoving Fields, which the reporter says left her with bruises on her arm. After the incident, Trump's campaign blamed Fields for the altercation and accused her of lying — but the video doesn't lie. Indeed, it reinforces previous reports by Politico that Lewandowski's career has been marred by periodic episodes of aggression, sexism and physical and verbal bullying.

But this wasn't enough for Mail Online editor and former CNN pundit Piers Morgan, who took to Twitter not to deny the incident happened but to call Fields "pathetic."

He didn't stop there.

In subsequent tweets, the British journalist continued to lay into Fields.

"If a male reporter tried to claim this was 'battery,' he'd be rightly mocked. Toughen up, @MichelleFields," he wrote under a video of the incident.

Morgan then invoked the names of other noted female journalists, suggesting Fields lacked their hardiness.

Despite what Fox News deemed his "ultra-liberal" politics, Morgan has kept mum on Trump's contentious campaign and bigoted remarks, citing his personal friendship with the candidate.

But while Trump defended Lewandowski, deeming the incident "nothing," even he didn't play the victim-blaming card.

Morgan's was met with equally strong words from his industry peers. The Daily Beast's Gideon Resnick tweeted that Morgan's choice to blame Fields and not Lewandowski made him "part of the problem."

But perhaps it was conservative pundit Katie Pavlich whose words rang out the loudest.

"That," wrote Pavlich, "is what wife beaters say."