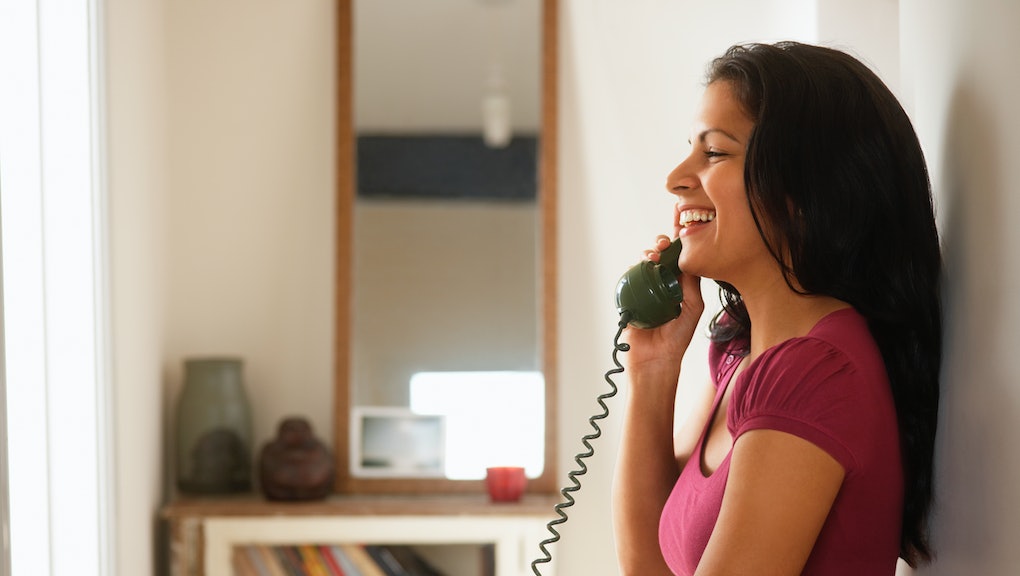 Some of you might scoff at your Comcast or Time Warner Cable reps when they ask if you want to bundle your internet with a home phone service. "Why do I need a landline when I have this?" you wonder, chuckling into your smartphone.

But Google is betting on the landline.

"And while mobile phones have pushed us toward the future, home phone service is still important to many families," Google Fiber product manager John Shriver-Blake said in a blog post. "Landlines can be familiar, reliable and provide high-quality service, but the technology hasn't always kept up."

Why is Google really betting on the landline? Likely to compete with local broadband companies. But it also marks Google's recognition that home phone services aren't dead. In fact, they are alive, well and necessary in many households.

According to a National Health Interview Survey conducted January to June 2014 by the Centers for Disease Control and Prevention, these households include adults living in poverty and are most often found in the Midwest, South and West.

Google Fiber's rollout isn't kickstarting in large metropolitan areas and trickling out to the rest of the country. In fact, it's finding its foothold in smaller ponds, rolling out the high-speed services in Atlanta; Austin, Texas; Charlotte, North Carolina; Kansas City; Nashville, Tennessee; Provo, Utah; Raleigh-Durham, North Carolina; Salt Lake City; and San Antonio, Texas — regions, as noted by the CDC survey, that are more likely than the Northeast to adopt a home phone service.

Beyond economical and regional influences on the importance of the landline, the Federal Communications Commission states that "about 70% of 911 calls are placed from wireless phones, and that percentage is growing." It goes on to state that the ability to call 911 "is one of the main reasons" many Americans own a wireless phone.

The ability to call 911 "is one of the main reasons" many Americans own a wireless phone.

For households still reliant on a home phone service, Google hopes Fiber Phone will modernize what is often viewed as an antiquated experience. For $10 a month, users get unlimited calls and nationwide calling along with the capability to ring your mobile device on the go and transcribe voicemail to a text or email.

Would you like to add panic to that bundle, Comcast?