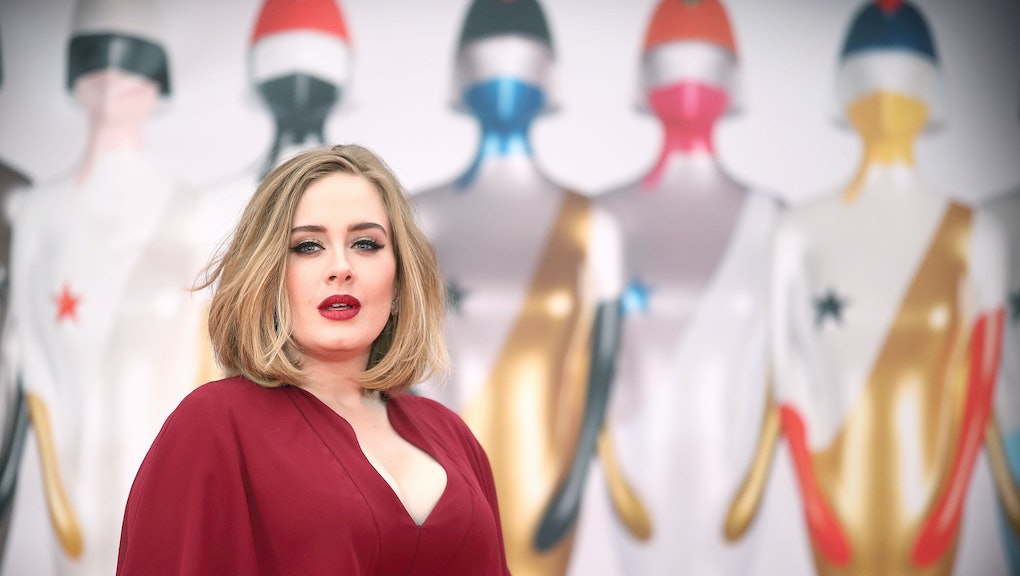 In a recent concert in Scotland, ballad-belting diva Adele made a revealing admission to the crowd: She grew a beard while pregnant with her son, Angelo.

"When I got pregnant I had so much testosterone in me that I grew a beard," she said between songs. "I only cropped it last night. It's actually true. I'm not telling a joke. I actually have a beard, but I'm proud of it. I call it Larry."

Larry is such a hipster name!

To some readers, a "pregnancy beard" might sound like what happens when a closeted gay man is so desperate to be perceived as straight that he gets his faux girlfriend, or beard, pregnant. Yet a "pregnancy beard" is actually exactly what it sounds like: facial hair that some women grow while carrying a baby to term.

This is a thing that happens! According to OB-GYN Michele M. Hakakha, unwanted facial hair is sometimes a result of the intense hormonal changes caused by pregnancy.

"Most pregnant women are ecstatic to learn that they'll soon be sporting a beautiful mane of hair," Hakakha told WebMD. "But when we start talking about the breasts, abdomen and face, the excitement soon turns to horror."

Adele's not the first famous woman to react to the "horror" of a pregnancy beard by talking about it publicly. Drew Barrymore went on the record about hers back in 2013. "I got a wonderful little goatee — and it was red!" she told In Touch at the time.

It is very interesting, because you know who else had a red pregnancy beard? Ariel from Disney's The Little Mermaid! They just edited it out for the actual film, along with her baby bump, because the pregnancy was really controversial at the time. Fact.