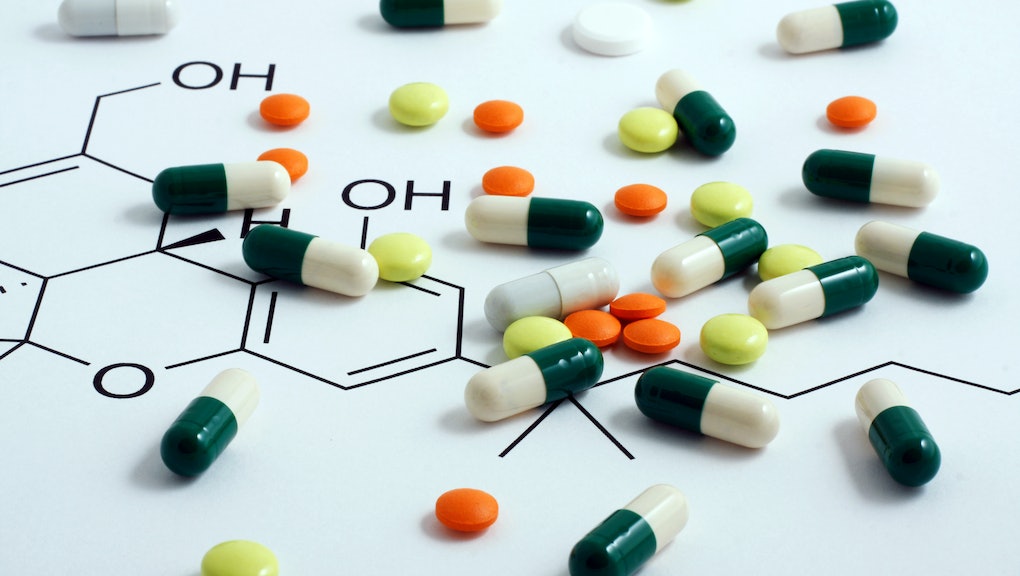 Authorities have discovered that Xanax being sold on the street in Pinellas County, Florida is laced with a powerful narcotic called fentanyl, and nine people have already died as a result.

At a press conference on March 21, Pinellas County Sheriff Bob Gualtieri warned the public of the disturbing trend.

"People need to immediately stop buying Xanax on the street because their life literally depends on it," Gualtieri said, according to the Tampa Bay Times.

Fentanyl, which is 50 times stronger than heroine and 100 times stronger than morphine, is generally prescribed for people suffering with severe and/or chronic pain, including those in hospice care. The drug is so strong that it is typically administered via a transdermal patch rather than orally, making the oral doses being peddled on the streets that much more dangerous.

Read more: Why Are Opioids Addictive? The Science Behind the Drugs

"It's so strong, it's killing them," said the sheriff.

"We don't know whether the source of Xanax-fentanyl mixture is a local source, being manufactured here or in our area or manufactured elsewhere and being imported," Gualtieri explained.

Fentanyl abuse is a growing epidemic in the United States, from Milwaukee, Wisconsin, to Orange County, California. In February, President Barack Obama announced a proposal to dedicate $1.1 billion toward the country's opiate epidemic, listing fentanyl among the drugs in question.

Read more: Prescription Painkillers Are Finally Getting the FDA Warning Labels They Deserve