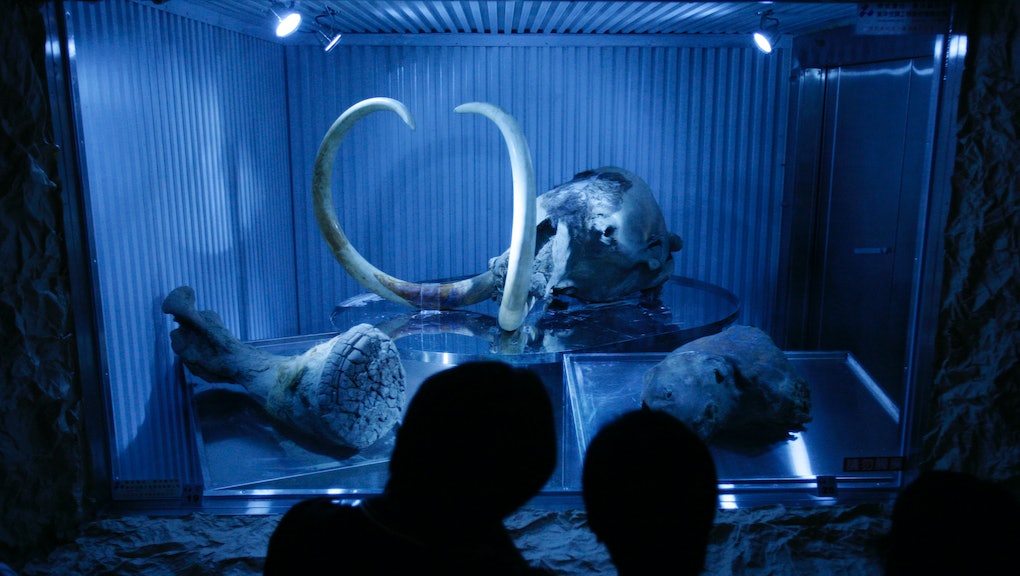 There was a time when America was a vast home to the likes of giant, giant mammoths. People are still finding the remains of those ancient creatures, and sometimes they're stumbled upon completely by accident — which is exactly what happened this month in northwestern Oklahoma.

A bulldozer operator working at a sand pit site unearthed a skull of a giant mammoth that lived over 11,000 years ago from the Pleistocene epoch, according to Live Science. Leland Bement of the Oklahoma Archeological Survey spoke to Live Science about the recent findings, and he told the publication that mammoth findings generally occur three times per year in the area.

According to KOCO, half of the Columbian mammoth's skull was recovered, along with some fragments. Bement told KOCO that a full skull "would be the size of a Volkswagen Beetle."

"We don't know the cause of death," Belmont told Live Science. "There is no sign that people killed or butchered it. ... Its skull was washed around in the river. The rest of the animal could be anywhere."

We do know, however, that the giant mammoth is at least 11,700-years-old, had a single tooth removed during the initial sand clearing and was a giant Columbian mammoth — not to be confused with the smaller variety of woolly mammoths.

Tom Cox, a doctoral student, will include these remains in a larger study focused on the distribution of mammoths throughout the region.

He has quite a bit to work with, apparently: A mammoth femur was discovered next to the Oregon State University football field just this year, and another skull was found by two Michigan farmers in October 2015, along with its giant tusks.