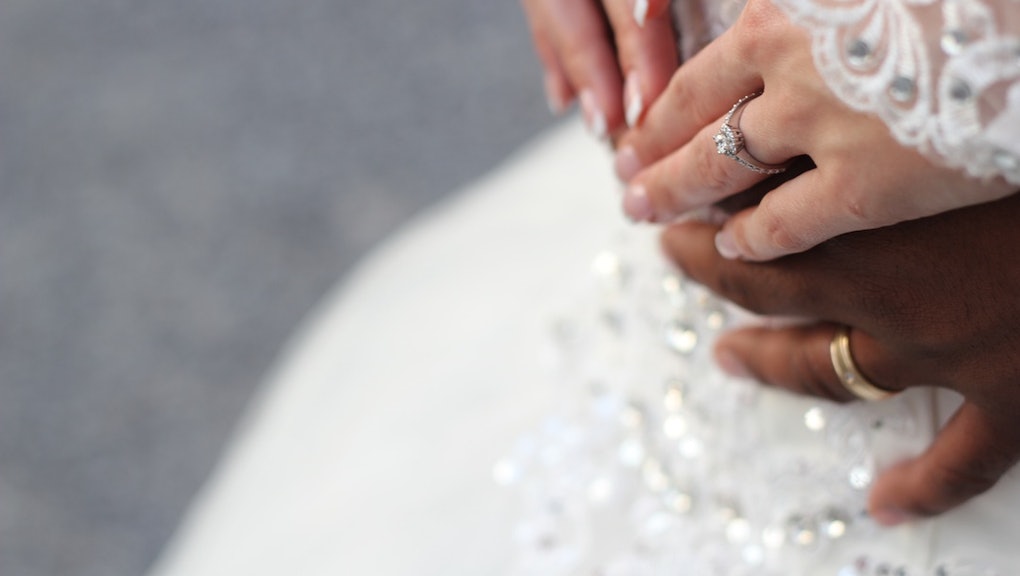 How Likely Are You to Get Divorced? This Interactive Chart Will Tell You

Reports have shown that people are getting married at later ages. Now we have data in neat charts that can tell you how likely you are to get divorced, which you can check before popping the question.

Statistician Nathan Yau used data from the American Community Survey from 2009 to 2014 to put together an interactive chart that shows the rates of divorce based on several factors, according to Gizmodo.

All you have to do is plug in your employment status, race or education to see the rates of divorce based on age. Don't worry, your chance of staying with your partner is better than a coin flip: No group has above a 45% chance of divorce.

For the past three decades, divorce rates have been on a steady decline, according to the New York Times. Those who married in the 21st century have even lower rates, with the projection being that only one-third of marriages will end in divorce. This and Yau's research shatter the oft-repeated belief that that 50% of marriages now end in divorce.

Divorce rates are lowering in part because people are getting married later in life, according to the New York Times.

Yau attributed that false 50% divorce rate to being from "naively dividing the divorce rate by the marriage rate," he wrote for FlowingData.

Surprisingly to Yau, the biggest differences in the divorce rates between men and women were the factors of being employed and having advanced degrees, which correlate to different divorce rates depending on age.

Read more: What Our Obsession With Celebrity Divorce Says About Us