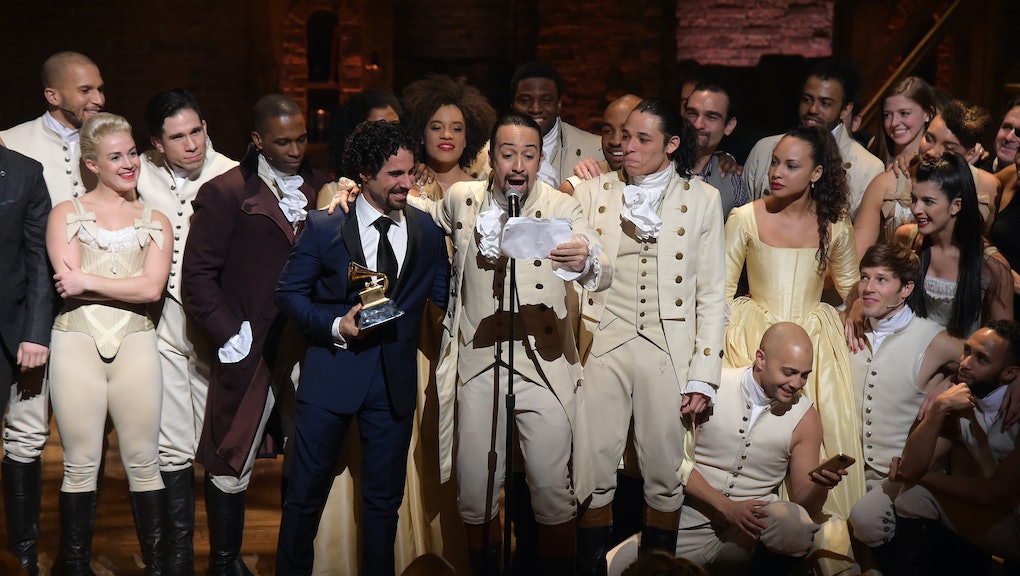 Does This 'Hamilton' Casting Call Keep White Actors From the Room Where It Happens?

One brave lawyer in New York is not throwing away his shot at championing a human rights issue that desperately needs our attention: avenging the white people spurned by a Hamilton casting call.

CBS New York reported a call to audition for the broadway juggernaut, which employs a revolutionary cast of black and Latino performers to tell the story of Alexander Hamilton's life, may have violated New York City Human Rights Law.

According to CBS2's Tony Aiello, the request for "nonwhite" performers was a red flag for civil rights attorney Randolph McLaughlin of the Newman Ferrara Law Firm.

"What if they put an ad out that said, 'Whites only need apply?' Why, African-Americans, Latinos, Asians would be outraged," McLaughlin said.

Title 8 of the Administrative Code of the City of New York stipulates:

In the City of New York ... there is no greater danger to the health, morals, safety and welfare of the city and its inhabitants than the existence of groups prejudiced against one another. ... A city agency is hereby created with power to eliminate and prevent discrimination from playing any role in actions relating to employment.

The official language of the Broadway union Actors Equity echoes those sentiments, saying that when it comes to auditions, "The casting of all productions and the hiring of stage managers will be conducted in such a manner as to provide full and fair consideration to actors of all ethnicities."

Hamilton producer Jeffrey Seller said charges of discrimination in the language of the casting call are unfounded. "I stand by it and believe it to be legal," Seller said, according to CBS New York.

"You cannot advertise showing that you have a preference for one racial group over another," he said. "As an artistic question: Sure, he can cast whomever he wants to cast, but he has to give every actor eligible for the role an opportunity to try."

The musical, which had the highest debuting cast recording on the Billboard 200 in over 50 years, has built its brand on diversity. In a December interview with Time, Renee Elise Goldsberry, who plays Angelica Schuyler in the production, said casting minorities in lead roles had played an integral role in the success of the show.

"Hamilton is a story about America, and the most beautiful thing about it is ... it's told by such a diverse cast with a such diverse styles of music," Goldsberry said. "We have the opportunity to reclaim a history that some of us don't necessarily think is our own."

The city Commission on Human Rights told CBS New York that it has not received a complaint about the ad thus far, and declined to comment on whether or not an investigation was pending.

But who could blame white actors for wanting to be in the room where it happens?