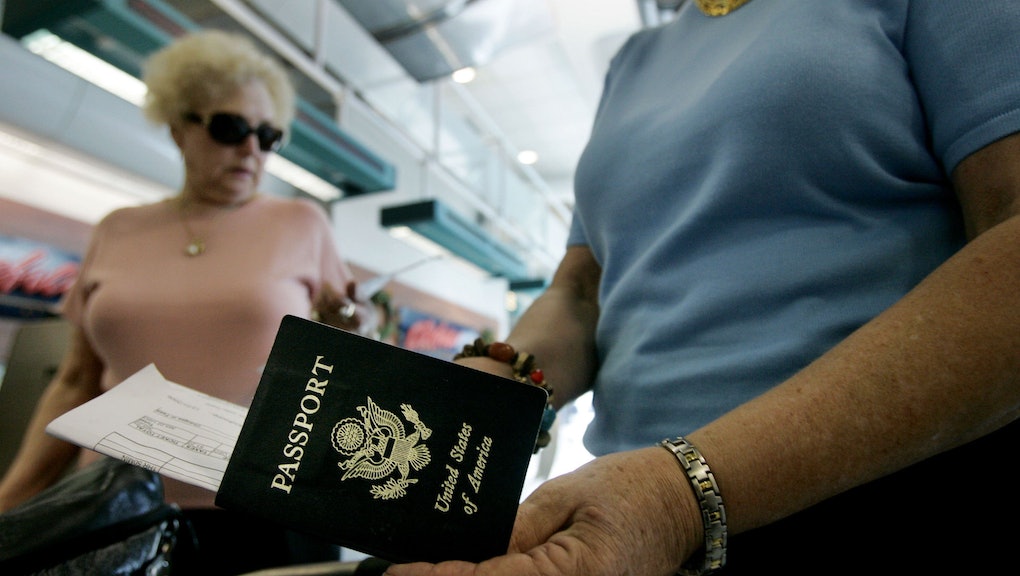 Your Passport Could Be in Your Phone Someday, So Beware of Hackers Instead of Pickpockets

Renewing a passport is one of those blessedly few bureaucratic practices — like changing your address or doing anything at the DMV — that always has us asking: Why is this still a thing?

De La Rue, the global printing giant that handles more passports than any other company, has begun work on a passport app for your phone that would mean you'd never have to worry about losing a $110 booklet ever again.

They're not the first, either. Last year, the Australian Department of Foreign Affairs held a hackathon where people played around with the idea of a digital passport that stored biometric data online, without the need for a phone at all.

The Foreign Minister of Australia said that after a trial period with New Zealand, she "hopes the idea could go global."

Hacker bait: Anything is hackable, and passports are particularly sweet targets. Just like we don't have online voting yet, security concerns could be the biggest reason we don't have phone-based passports yet.

"Digital passports on your phone will require new hardware on the device in order to securely store the electronic passport so it cannot be copied from the phone," mobile security expert David Jevans told the told the Telegraph. "It will also have to be communicated wirelessly to passport readers, because doing it onscreen like an airline ticket QR code can be copied or spoofed."