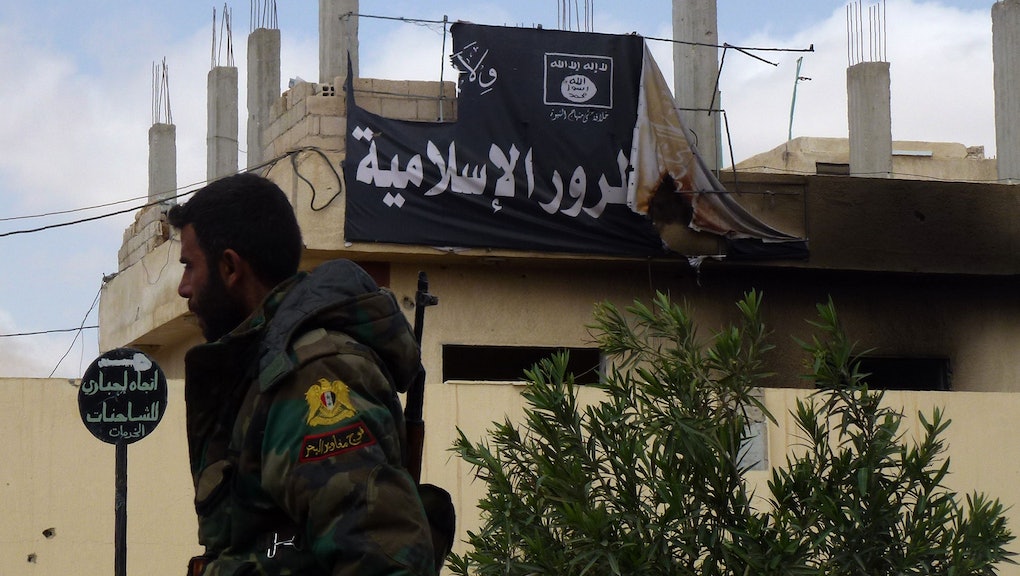 Jaelyn Delshaun Young, who was a sophomore studying chemistry at Mississippi State University at the time of her arrest, was formally indicted for "conspiring to provide material support or resources to ISIS." If convicted, she faces up to a 20-year prison sentence, $250,000 in fines and lifetime probation.

In August, Young and her fiancé, 23-year-old Muhammad Dakhlalla, were arrested at a regional airport in Columbus, Mississippi, as they attempted to travel to Istanbul with plans to cross the border into Syria, according to authorities.

Read more: Anonymous Declared War on ISIS — And Now ISIS Is Hitting Back

The couple had been unwittingly corresponding with undercover federal agents online as they sought assistance with their travel, and were intercepted at the Mississippi airport with tickets to Istanbul in hand.

Young first expressed interest in converting to Islam before she began dating Dakhlalla in November 2014, according to the Associated Press, and she began wearing a burqa and distancing herself from non-Muslim family and friends in March. Prosecutors said she became sympathetic to the cause of the Islamic State group after watching propaganda films online, and had expressed interest in implementing Sharia law in the United States.

Though stories like Young's are often used to bolster anxieties — Donald Trump in particular has used the specter of terrorism perpetrated by refugees and immigrants as a plank in many of his campaign speeches — data shows that the ideology is harbored by only a slim percentage of the U.S. Muslim population

According to a December paper from George Washington University, ISIS-related mobilization is in fact a growing threat in the United States, with 250 cases of Americans allegedly attempting to travel Iraq and Syria at the time it was published. With an estimated 3.3 million Muslims living in the U.S., those cases constitute .0001% of that population.