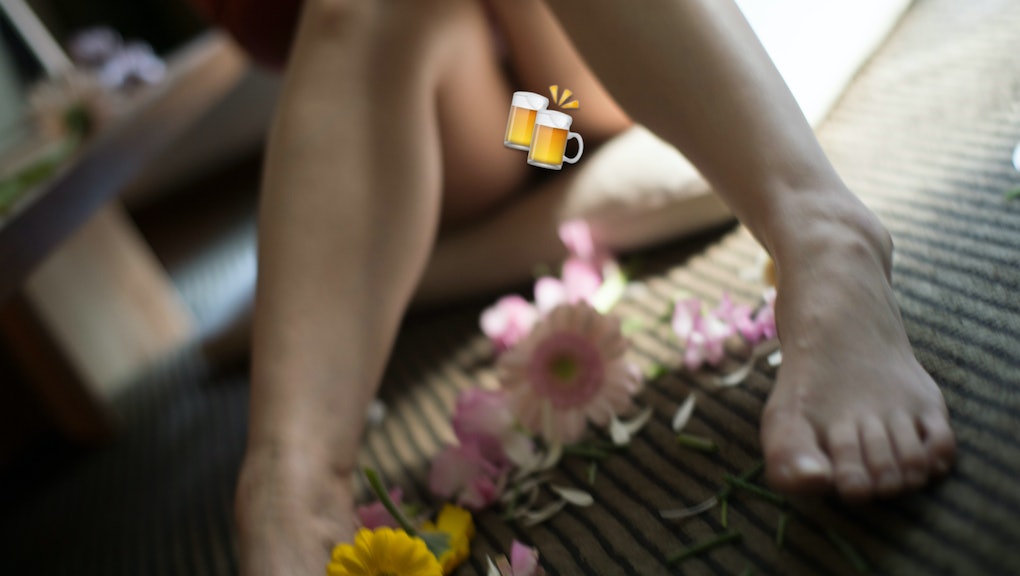 So Here's a Question: Can You Actually Make Beer From Your Vagina?

Craft beer is huge right now. So huge, in fact, that brewers have become quirky and inventive with their flavor offerings. Craft beers are now infused with everything from pumpkins to grapefruits to oysters to doughnuts to literally a human vagina.

Maybe let's discuss that last one!

A Polish brewery called The Order of Yoni has started an Indiegogo campaign for what it's calling "The First Vaginal Beer: Bottled Instinct," which is made using bacteria from a woman's vagina. Or, in the company's words, is "brewed with her lure, grace and flavored with instincts."

In what is either the weirdest Indiegogo campaign or the most bizarre pre-April Fool's Day joke of all time, the Order of Yoni's website asks its customers to imagine two things: No. 1 "a woman of your dreams" and No. 2 "that with a magic wand you can [capture her essence] in one bottle of beer." The Order of Yoni's process will ostensibly use a woman's healthy vaginal flora to infuse the beer with the essence of her pink canoe.

The secret of the beer lies in her vagina. Using hi-tech of microbiology, we isolate, examine and prepare lactic acid bacteria from vagina of a unique woman. The bacteria, lactobacillus, transfers woman's features, allure, grace, glamour and her instincts into beers and other products, turning them into a dance with lovely angel.

And from whose pink canoe will Bottled Instinct be lifting this vamagical bacteria?

Surprisingly, a super-hot model! Her name is Alexandra Brendlova, and she is described in a Bottled Instinct YouTube video as "the kind of female whose pheromones will stay with you after the meeting for the following week-long."

But shockingly, this is not the first time some enterprising soul has tried to brew beer using the yeast found in a woman's vagina, albeit in addition to regular beer yeast. Nor is beer the only food or beverage item to undergo the vaginal treatment: past successful efforts include bread (see: this woman who put her vaginal yeast to work on a loaf of sourdough) and yogurt (see: this woman who chose the probiotics from her own vagina over those found in Activia).

But is it actually safe? The Order of Yoni claims on its FAQ that it is because the bacteria is "isolated" and "examined for viruses" before it goes to market. To verify this claim, Mic asked Lauren Streicher, an OB-GYN and gynecology professor at Northwestern University's Feinberg School of Medicine, what she thought about the idea of drinking a woman's vaginal bacteria in the form of a micro-brewed stout. She admitted that the concept was not something that had ever come up in her 20-plus years of practice.

"I have no idea if it is possible or if it is safe," she said in an email.

In the past, efforts to incorporate vaginal bacteria into cuisine were largely intended to teach a lesson about just how little we actually know about the vagina. In an interview with Jezebel, vagina-yogurt-maker Cecilia Westbrook said the experience taught her "that we really don't know a lot about vaginal flora."

Bread-baker Zoe Stavri, who used her own yeast to bake a loaf of sourdough, echoed a similar sentiment, writing on her blog that while it wasn't intended as a feminist act, she was surprised to learn just "how many people are horrified at the very notion that something may have once been near a vagina."

With Bottled Instinct, however, the goal seems to be less to emphasize the importance of vagina education and more to capture the mystical vaginal essence of some random model and drink it. Kinda creepy? Yes. A bizarre example of how obsessed some people are with the mysterious nature of what actually goes on inside women's bodies? Probably.

Sadly, though, those seeking answers from this "vaginal beer" likely won't find what they're looking for.

"I think [Order of Yoni] is misguided if they think a woman's vaginal lactobacilli are the key to her 'allure, grace, glamour and instincts,'" Streicher said.