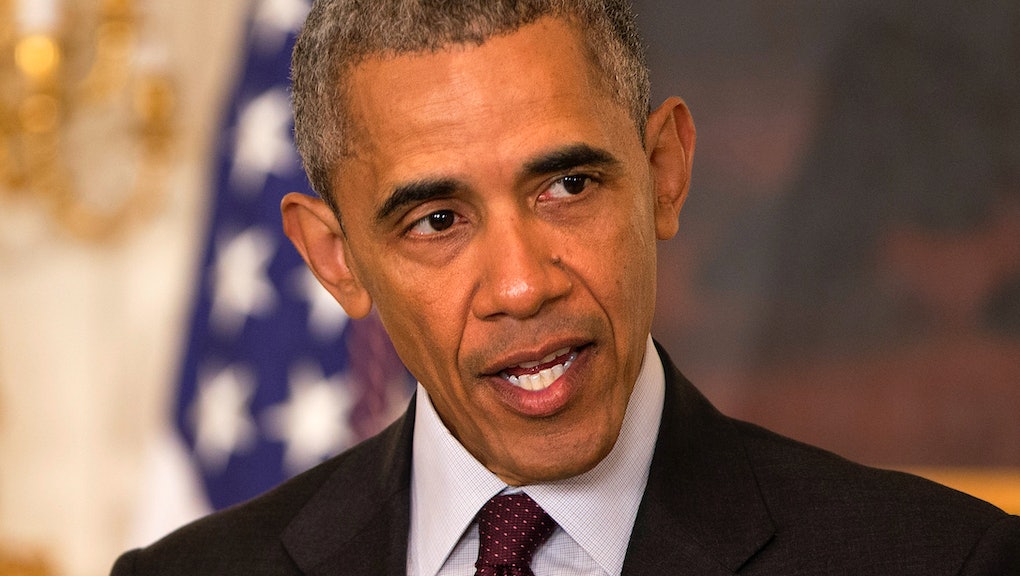 In February, President Barack Obama issued his 2017 budget proposal, which included aggressive measures to address the war on drugs. The request included provisions for treatment services, research on the effects of drug use and prevention and education programs.

But the president isn't waiting until 2017 to act. On Wednesday, Obama said he would commute the prison sentences of 61 inmates serving time for drug possession, intent to distribute or other drug-related crimes, according to the Boston Globe.

More than a third of them are serving life sentences for these offenses.

Read more: The Racist Origins of the War on Drugs Have Finally Been Revealed

Obama's latest action should serve as a reminder that he isn't content to be a sitting duck for the rest of his term, according to a blog post from White House counsel Neil Eggleston.

"Throughout the remainder of his time in office, the president is committed to continuing to issue more grants of clemency as well as to strengthening rehabilitation programs," Eggleston write

According to the post, the president has reduced the sentences of 248 offenders, more than his last six predecessors combined; 92 of those were life sentences.

In a letter addressed to the 61 individuals in question, Obama wrote, "The power to grant pardons and commutations ... embodies the basic belief in our democracy that people deserve a second chance after having made a mistake in their lives that led to a conviction under our laws."