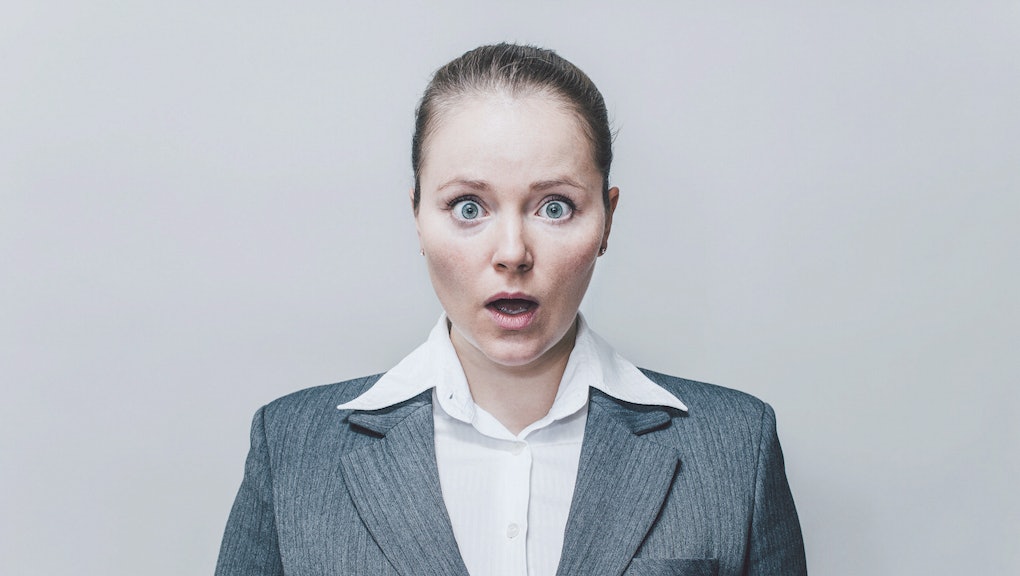 Mystery solved: The dinosaurs went extinct because they took one look at this terrifying prehistoric spider creature and immediately dropped dead from fright.

The more than 300-million-year-old fossilized hell-spawn remains of the spider-like creature were found preserved in ironstone in central France, the journal Proceedings of the Royal Society B reported Wednesday.

The "almost" spider, officially classified as Idmonarachne brasieri, has the look and feel of a modern arachnid — with the critical distinction that it was unable to spin silk.

Read more: One Chart Shows How Every Known Species Is Related

"This fossil is the most closely related thing we have to a spider that isn't a spider," paleontologist and study co-author Russell Garwood told the BBC.

The creature, which has been deemed a bona fide new species, was dug up several decades ago but was unable to be positively identified because it was encased in rock. It has only been revealed now thanks to the magic of CT scanning.

But make no mistake: While it may not be an arachnid proper, the almost spider is a complete nightmare.