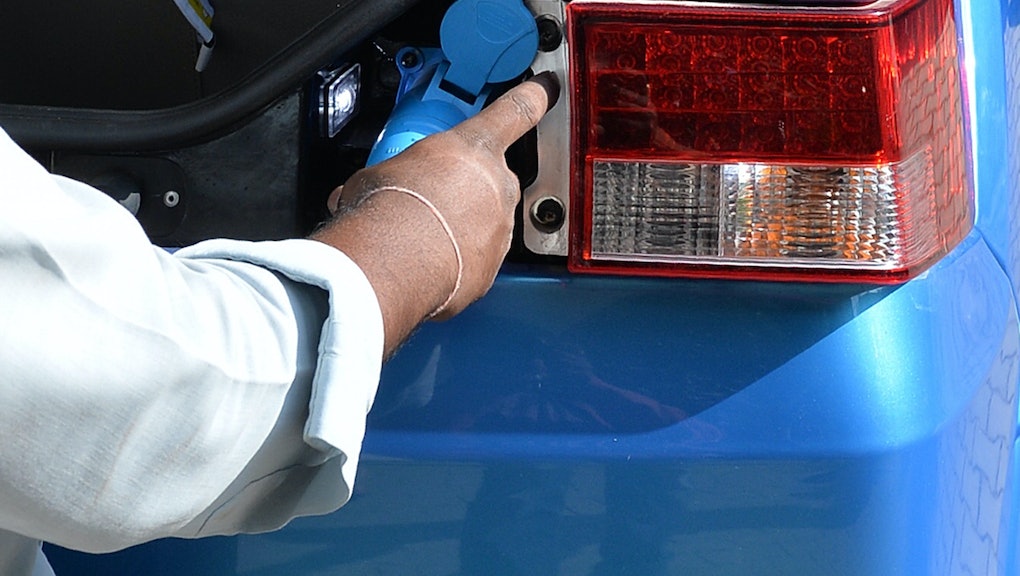 India is making a big push for electric vehicles in 2016. The country's government is working on a program that would allow people to purchase an electric car with no money down, reports the the Economic Times. The program aims to orchestrate a way for people to pay off the cost of the car with the money they save from not paying for fossil fuels.

A small group is facilitating the project under the guidance of India's Minister of Oil, Minster of Environment and Minister of Roads. In April, the group plans to meet to discuss whether its possible to replace all gas-fueled vehicles with electric by 2030. It's an ambitious initiative that comes on the heels of an LED light program aimed at reducing home energy use. So far the Domestic Efficient Lighting Programme has distributed 8.32 million energy-efficient bulbs.

This is just the latest environmental effort to fix a country laden with pollution — a problem so dire that Delhi, the nation's capital, is reported to have the "world's deadliest air." Last fall, the country promised that 40% of its energy would come from renewable sources in 2030.