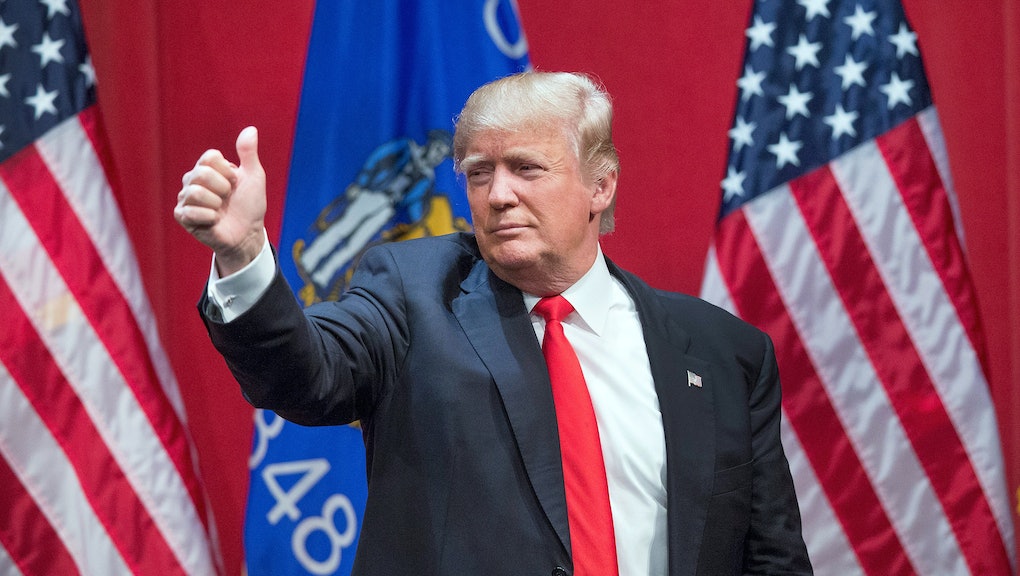 Republican presidential frontrunner Donald Trump on Wednesday said he supports criminal action against women who obtain abortions, staking out his hardest line yet against reproductive freedom. Trump later backtracked on his position, saying he only favored punishment for doctors who performed illegal abortions.

In comments to MSNBC's Chris Matthews set to air later on Wednesday, Trump reiterated his opposition to abortion rights, advocating for a ban on the procedure.

If abortion were illegal, Trump said, "there has to be some form of punishment" for women who undergo the procedure. But the candidate would not specify what punishment he favored, saying that would "have to be determined."

"They've set the law and frankly the judges, you're going to have a very big election coming up for that reason because you have judges where it's a real tipping point and with the loss of Scalia, who was a very strong conservative, this presidential election is going to be very important," Trump said, referring to the Supreme Court vacancy left by the death of anti-abortion rights Justice Antonin Scalia.

Trump's comments drew an immediate rebuke from Democratic rival Hillary Clinton, who tweeted that his remarks were "horrific and telling."

Following a fierce backlash to his comments, Trump issued a statement saying only care providers should be held "legally responsible" for illegal abortions — "not the woman":

His remarks and his walk-back mark the latest chapter in Trump's complex history on the issue. Weighing a third-party presidential bid in the 2000 cycle, Trump described himself to Tim Russert as "very pro-choice in every respect." But by the time Trump considered a 2012 campaign for the Republican nomination, he had reversed himself on the issue, offering himself as a "pro-life" advocate.

Still, Trump is to the left of chief GOP rival Ted Cruz on the issue. Unlike Cruz, Trump supports abortion rights in the cases of rape and incest.