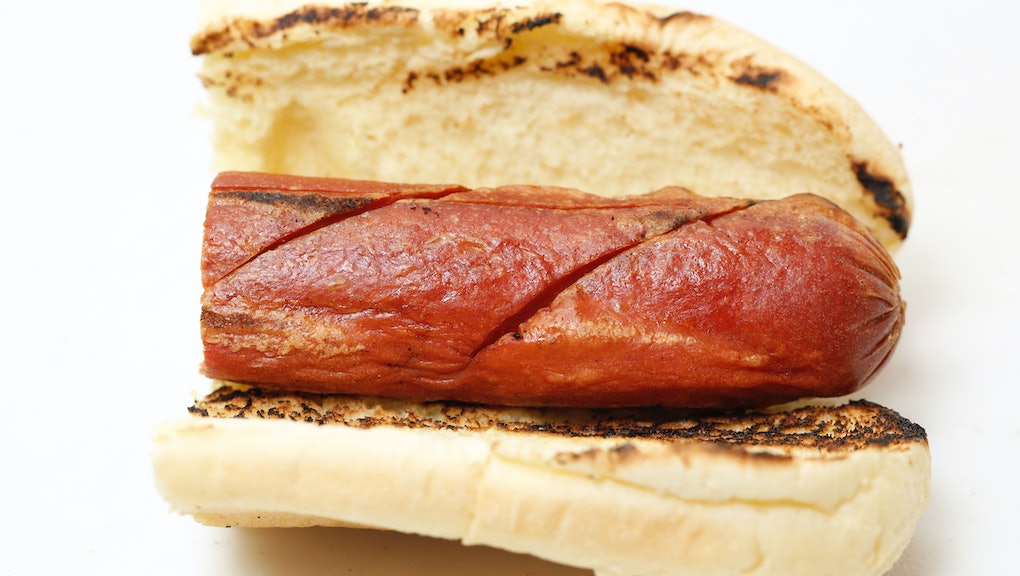 A country divided cannot stand — which is bad news for the United States, where the national population is at odds over an issue of urgent importance: Is the hot dog a sandwich? As the results of a survey conducted by Public Policy Polling suggest, you're probably eating hot dogs all wrong.

Read more: That Tab at the End of Chopsticks Has a Mind-Blowing Purpose

According to the poll's findings, 29% of people surveyed believe the hot dog to be a sandwich, while 60% do not; 12% are unsure. But if a sandwich is indeed "two pieces of bread with something (such as meat, peanut butter, etc.) between them," as Merriam-Webster says, then if you're putting a frankfurter in a bun, you're eating a sandwich. Sorry.

Some alternative consumption methods to consider, if you'd like to stand on the right side of culinary history:

- Hot dogs as a salad topper

- Hot dogs wrapped in dough (pigs in a blanket)

- Hot dogs cut up in macaroni and cheese

Millennials (people ages 18 to 29, in the poll's terms) tended not to see the hot dog as a sandwich — they made up 10% of the affirmative answers, 80% of the negative responses and just 4% of the undecided — and thus appear to be the worst offenders when it comes to the misappropriation of this American staple.