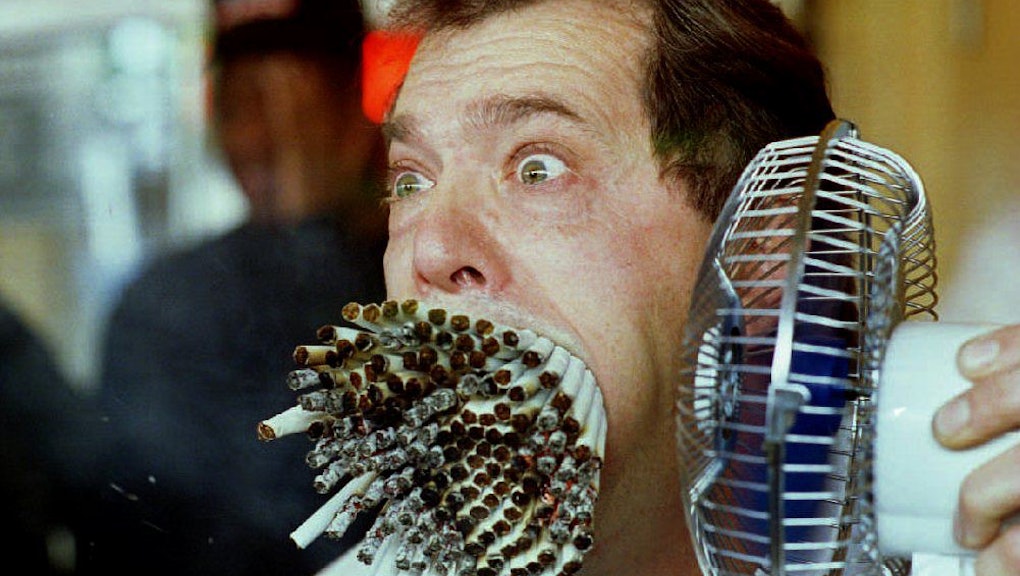 When you smoke, you put yourself at risk for getting loose skin, heart problems and a ton of cancers. Your gums, throat and lungs are open season for all kinds of diseases. You're also depleting the oxygen in your mouth — so much that it has a lot in common with the terrain of Mars.

You read that right. When you turn your mouth into a Marlboro-flavored hotbox, the only things that survive are the ones that don't need air — just like in outer space.

According to a new study by researchers from NYU Langone Medical Center and the Laura and Isaac Perlmutter Cancer Center, smoking actually alters the microbiome in your mouth.

The study recorded the oral microbiomes of 1,204 people and found that smoking "creates an anaerobic" — or oxygen-lacking — "environment in your mouth," Brandilyn Peters, second author on the study, said in a phone call on Wednesday. "We observed severe depletion of a phylum of bacteria called proteobacteria," she said. "These bacteria are important for breaking down toxic components of cigarette smoke. The impact of smoking on this bacteria actually makes smoking [more] harmful because it's depleting beneficial bacteria."

Basically, the things you need to stay healthy die. And the stuff that grows instead isn't great, either. Streptococcus, from which we get strep throat, pneumonia and a flesh-eating disease called necrotizing fasciitis, loves our oxygen-less mouths. So does the bacteria needed to make cavities.

So next time you're trying to get people to stop smoking, just tell them their mouths are an outer-space wasteland where only homicidal bacteria can survive.