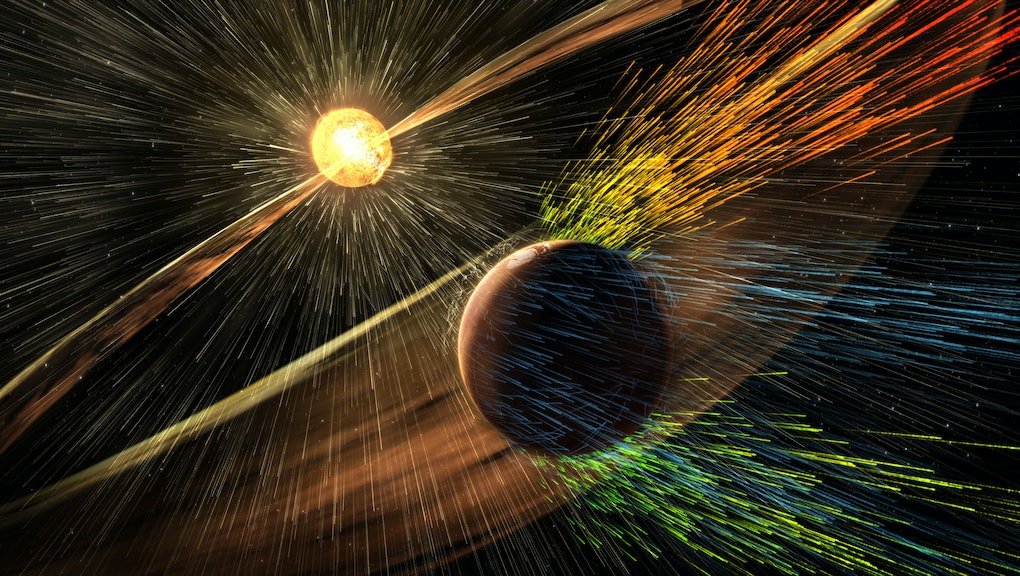 Just in case you're one of the 100,000 people who want to travel to Mars and never return, NASA and Microsoft's HoloLens have got you covered right here on planet Earth. Florida's Kennedy Space Center will be home to a brand new, virtual reality exhibit giving visitors a guided walkthrough of the Red Planet with help from the voice of the second man on the moon, Buzz Aldrin.

The NASA and Microsoft collaboration offers visitors of the exhibit a "mixed reality" experience through software they created called OnSight, which essentially does just what its title implies by placing viewers right in the action. "OnSight's a powerful tool for our scientists and engineers to explore Mars," NASA visualization producer Doug Ellison says in a YouTube video introducing the new exhibit, properly titled "Destination: Mars." "But because we always felt it shouldn't only remain in NASA, we've taken the core of OnSight and made an amazing experience that allows the public to explore the Red Planet."

"This experience lets the public explore Mars in an entirely new way," Ellison continued in a statement posted to NASA's site. "To walk through the exact landscape that Curiosity is roving across puts its achievements and discoveries into beautiful context." And what's more beautiful than having one of the most knowledgeable voices in the solar system when it comes to walking across new terrain like Aldrin?

"I'm honored to be the one welcoming people to Mars through NASA using HoloLens," Aldrin tweeted Thursday.

"Destination: Mars" will open to the public in the summer, but it won't be the first time OnSight has been used to reveal more about the vast unknown. According to NASA, the program was used in conjunction with NASA's Curiosity rover as it traveled across Mars, giving researchers a more hands-on approach at researching the elusive planet.

"OnSight makes the whole process of analyzing the data feel a lot more natural to me," Curiosity science team member at the Jet Propulsion Laboratory Abigail Fraeman said in the NASA statement. "It really gives me the sense that I'm in the field when I put it on. Thinking about Martian geology is a lot more intuitive when I can stand in the scene and walk around the way I would if I were in the field."

The human race is quite literally a step closer to finally walking on Mars, come the summer of 2016.