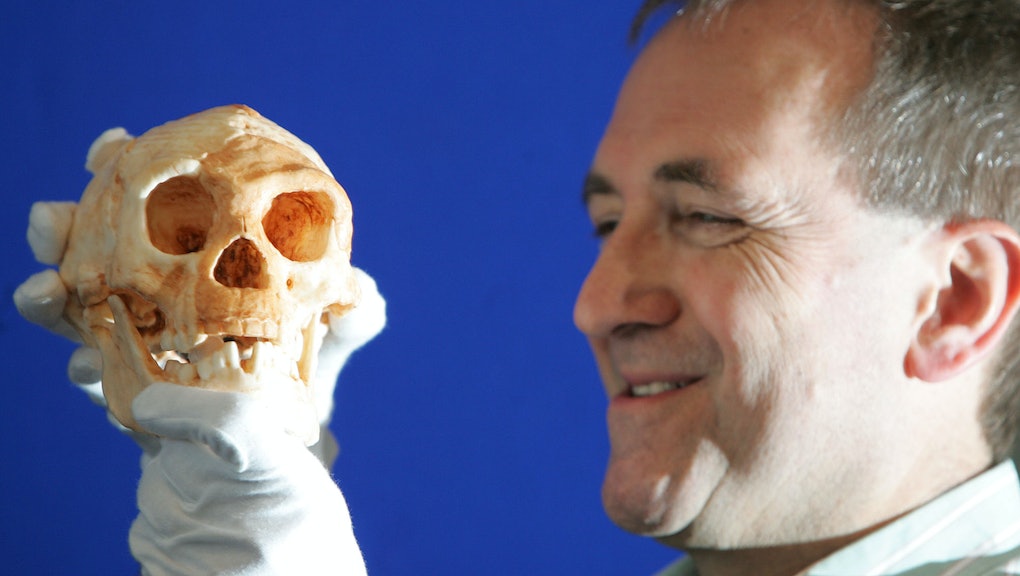 "Hobbits" Were Real and We Might Have Killed Them, Sorry

Middle Earth-dwelling hobbits may not be a total fantasy: It turns out that smallish, probably hairy humans lived many years ago, and new scientific evidence suggests that our Homo sapiens ancestors may be the reason they're not around today.

Read more: Science Shows That Having a Beard Could Help You Fight Sickness

Scientists first discovered Homo floresiensis, a small "primitive hominin species" in Indonesia during excavations that took place from 2001 to 2004, according to an article published in Nature this week. Standing at about 3 feet tall, their size earned the newly discovered species the nickname "hobbits," after the race of small people in J.R.R. Tolkien's fantasy novels, the Washington Post reported Wednesday.

Researchers originally believed that Homo floresiensis, the hobbits, and Homo sapiens, aka us, co-existed for thousands of years — but new evidence led the scientists to conclude that Homo floresiensis died out much earlier than they first thought. Rather than overlapping for centuries, the hobbits and our ancestors may have met briefly, and that doesn't seem to have turned out so well for them.

"The overlap does point to the possibility that our species may well have had a hand in their disappearance," Matt Tocheri, who co-authored the study recently published in Nature, told the Post. But, so far, that's just a theory, it could also have been lowered sea levels that set off a chain of events leading to the demise of Homo floresiensis, or some as-yet-unknown cause.

No matter whoever, or whatever, killed the hobbits, it's clear that there's still a lot left to learn about that species, and our own.