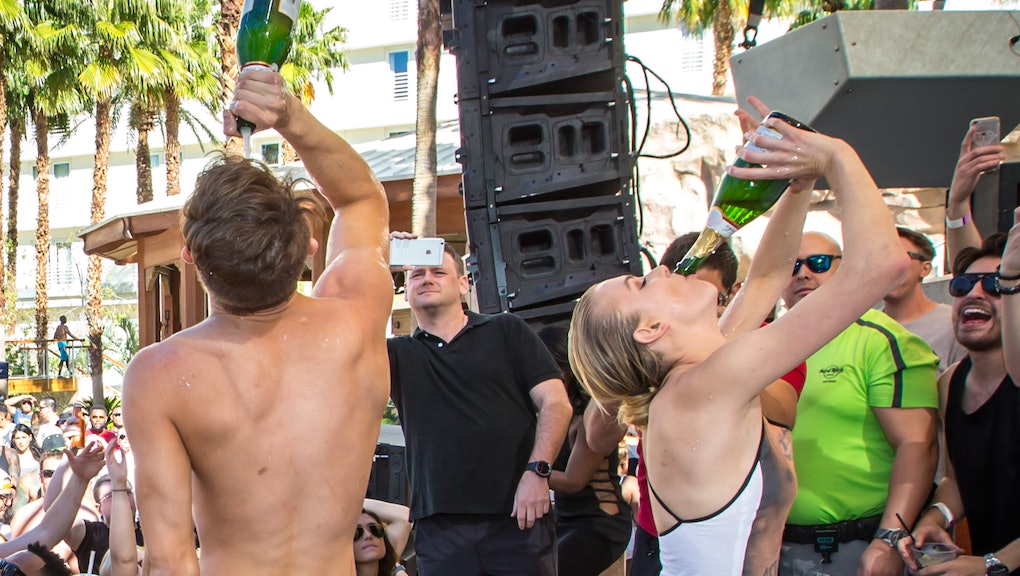 Sexist or nah? The U.S. Department of State's Bureau of Consular Affairs sent out a divisive tweet Wednesday, one that prompted a fiery discussion within the Twittersphere. Consensus on whether or not the State Department's dispatch was offensive to women has not yet been reached, so let's try to parcel out what's going on here.

The bureau tweeted the following:

"Not a '10' in the US? Then not a 10 overseas. Beware of being lured into buying expensive drinks or worse — being robbed. #springbreakingbadly"

You may be thinking, 10 of what? Most likely, the State Department is referring to the lucky few who rank 10 out of 10 on the nebulous and subjective scale that is human attractiveness. The tweet seems to be warning the non-10s out there against allowing themselves to be duped by out-of-their-league spring break suitors who, it's implied, are either trying to scam them for drinks or rob them — either way, conning their lesser-looking ass into handing over their money.

Is it sexist? Many on Twitter think so. "@TravelGov this is unnecessarily sexist," one user tweeted. "There are a lot of other ways to make your point."

"@TravelGov @gonicholasgo Incredibly irresponsible to use sexist and objectifying language to prove you're 'down with the kids,'" another added. "Do better."

But as the State Department went on to point out, it "made no mention of gender." We read that into the tweet, because when we talk about people as 10s — think: dime pieces — we're generally talking about women. That's not the big problem with this tweet, though.

The problem, as Breakthrough U.S. pointed out, is the State Department's "objectifying language." It reduces peoples' worth to a mark on a numbered scale and insinuates that the only reason a conventionally attractive individual might speak to a less conventionally attractive individual is for pay. Which is pretty bleak and, for the record, not the case.

It's probably also the reason that the State Department has since apologized. That, or it buckled under the weight of a tremendous social media clapback.