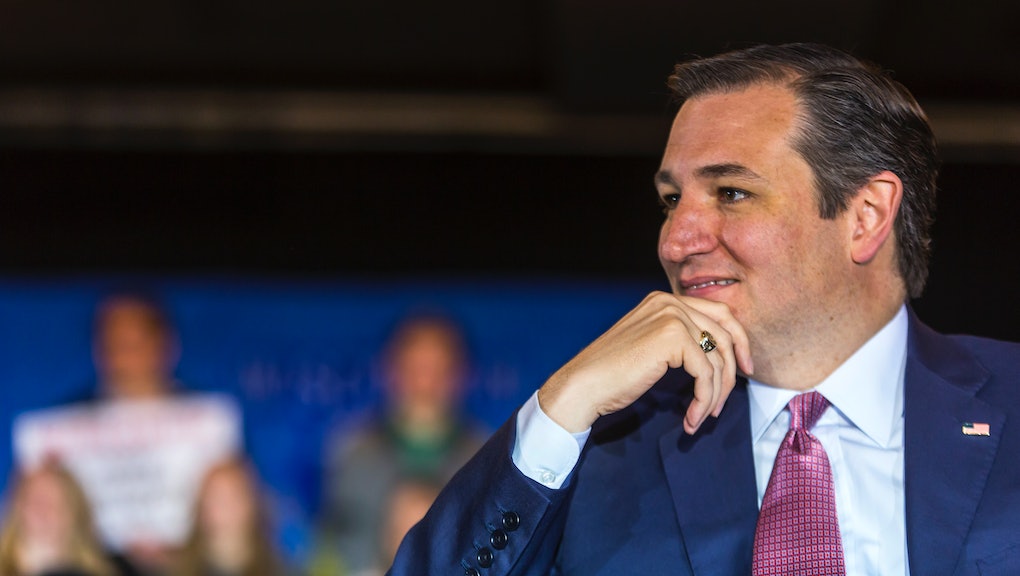 Who Would Ted Cruz Tap as a Running Mate? Here's a Shortlist of Possible VP Picks

It's always possible that one of Donald Trump's offensive remarks, one of these days, will lose him the support of the Republican Party and his shot at the 2016 presidency. It's also possible that Texas Sen. Ted Cruz will simply best him in the primaries and become the GOP's presidential nominee. But if Cruz becomes the GOP's contender for president, whom would he choose as his running mate?

It might behoove Cruz to name a woman as his vice presidential running mate, seeing as how he has been not infrequently lampooned for his sexist politics, and rising Republican Party star Nikki Haley is often named in speculative running mate chatter.

The South Carolina governor and deliverer of the GOP's response to President Barack Obama's 2016 State of the Union address is also the daughter of Indian immigrants; she's taken a strong (if complicated) line against Trump for his xenophobic rhetoric. Taking a strong line against Trump is one of Cruz's foremost priorities.

Haley, who presided over (but was not necessarily responsible for) the removal of the Confederate flag from South Carolina's Capitol building in July, could bring much-needed modernity to a traditional, stringently conservative ticket. And after Florida Sen. Marco Rubio, whom Haley had originally endorsed, suspended his campaign during the Florida primary, she shifted her support to Cruz. Does that mean she'd accept the spot as his running mate? Not necessarily, but it might be prudent of him to extend the offer.

Rubio's name has recently surfaced as a potential vice presidential pick for Cruz. Now that he's no longer in the running for president — and now that his disdain for his senatorial seat is out in the open — the position of Cruz's running mate might make sense.

According to the Washington Times, Rubio has requested that the delegates he won in the presidential primaries not be released just yet, a move that may signal his readiness to make a deal with the Cruz campaign. Or, it may be a sign of Rubio's desire to keep those delegates away from Trump.

As the New York Times reported, the delegate-binding appears to be a Trump-thwarting maneuver: Rubio has made it quite clear that he has no intention of vying for vice president — or governor of Florida, for that matter. According to the Times, Rubio has stated his intention to become a "private citizen" in January.

In 2012, former Massachusetts Gov. Mitt Romney made an unsuccessful bid for the White House; in 2016, he almost officially backed Cruz for the Republican nomination in pledging to vote for the him in the Utah primary. Romney had recently delivered a "scathing indictment" of Trump when he made the announcement, so it's always possible that the Romney-Cruz alliance is temporary and aimed at bringing down a frontrunner who has allegedly damaged the Republican Party.

Because Romney, as he is a firmly entrenched establishment politician, should be of the camp that dislikes Cruz. And certainly, the two haven't historically seen eye to eye. But if it's not an any-port-in-a-storm situation, Romney would lend the younger Cruz both experience and, with it, quite possibly the establishment's confidence. Whether that matters during an election that's increasingly about voter dissatisfaction with said establishment remains to be seen.