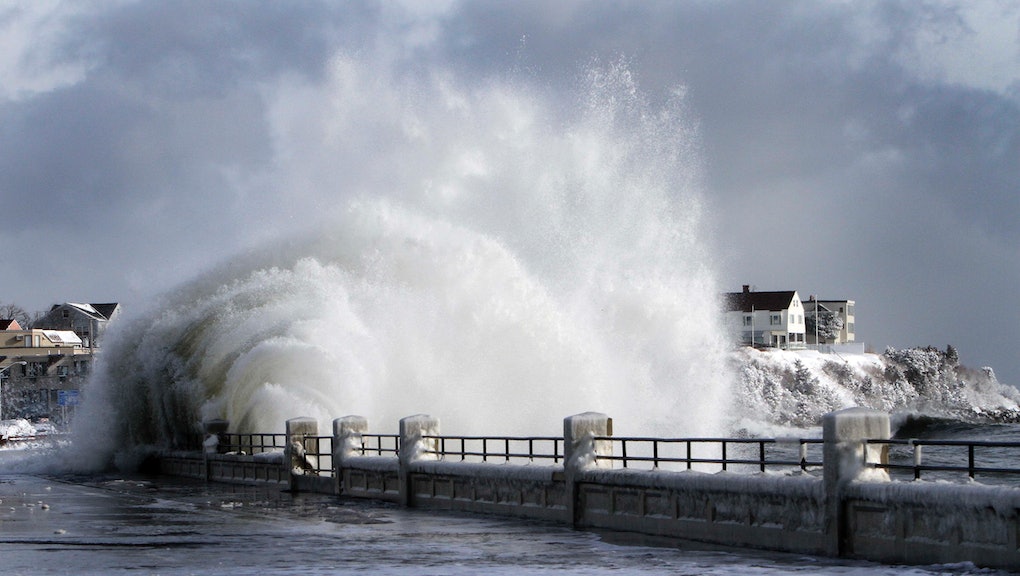 A chilling new prediction reminds us that climate change's most disastrous effects are right around the corner.

According to research in Nature released Thursday, if current carbon emission trends persist, scientists predict sea level will increase by more than 6 feet come 2100 and by more than 49 feet come 2500.

The study's author, Rob DeConto, a researcher from University of Massachusetts Amherst, told the Washington Post the projection "nearly doubles" former predictions of future sea levels. But DeConto and his team are confident their study may be the most accurate yet because it accounts for Antarctica's historical effect on rising tides — other research, he told the Post, factored in only a "minimal contribution" of the glacial continent.

Read more: It's Hard to Argue With Climate Change When You See Over 100 Years of Data at Once

"Global mean sea level has been 6 to 9 meters higher as recently as the Last Interglacial (130,000 to 115,000 years ago) and possibly higher during the Pliocene epoch (about 3 million years ago)," reads the study's introduction. "In both cases the Antarctic ice sheet has been implicated as the primary contributor, hinting at its future vulnerability."

Earlier this month, another study using previous estimates of sea level rise predicted that 4.2 million people would be displaced by just a 3-foot increase in the sea level. Given Wednesday's findings predicted more than 6 feet, the number of people displaced would climb to at least 13.1 million by 2100.

Mathew E. Hauer, an author of the earlier study, told the New York Times, "We could see a huge-scale migration if we don't deploy any protection against sea level rise."