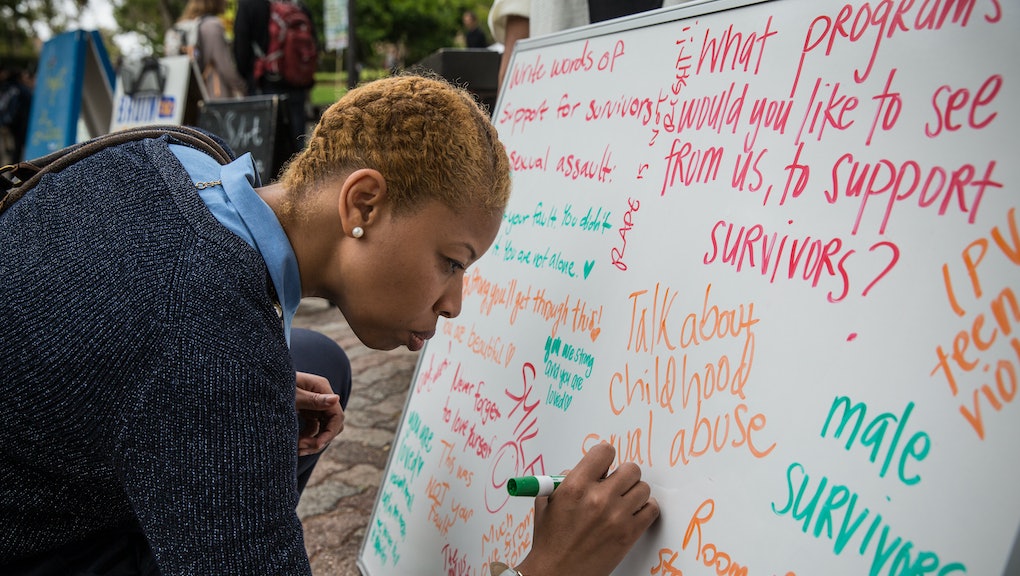 Sexual misconduct cases are surging at colleges nationwide, and the effort to combat it is rapidly transforming the culture and organizational structure of higher education.

The New York Times reported over 200 colleges and universities are under federal investigation for how they handled sexual misconduct complaints. Two years ago, that number was just 55.

The schools are facing scrutiny for their compliance with Title IX, a federal law passed in 1972 that prohibits sex discrimination at schools receiving public funding (virtually all colleges and universities, including private, receive public funding, so the law is far-reaching). The regulation was formed to ensure equal opportunity for women in higher education, but in recent years it's been used by the federal government to provide guidance on how schools should manage allegations of sexual harassment and violence.

There are a number of sources contributing to the increased salience of Title IX on campuses.

On a broad level, there's a growing awareness and concern with gender equity in popular culture, which has been accompanied by an increasingly vigorous push for women to be free from sexual harassment and violence. It seems likely that the pervasiveness of this message could be allowing more students to feel comfortable making complaints than times in the past. Alongside this, the federal government has been applying more pressure to colleges to ensure their campuses minimize sexual misconduct, the Times reported.

There's also increasing ambiguity about what constitutes sexual harassment in higher education today. A recent report by the American Association of University Professors warned that stories of professors accused of Title IX violations for once-uncontroversial academic discussions of sex and gender are growing increasingly common. The report argues that in some cases the well-intentioned attempt at creating safety for students on campuses is sliding into administrative policing of speech that causes students discomfort.

The effect of all this is that colleges are now building new layers of bureaucracy in order to comply with Title IX as smoothly as possible, which means the appointment of Title IX officers and other kinds of legal consultants. According to one estimate, the Times reported, "the cost of lawyers, counselors, information campaigns and training to fight sexual misconduct ranges from $25,000 a year at a small college to $500,000 and up at larger or wealthier institutions."

A concerted attempt by higher education professionals to create campuses that are safer for students is necessary and laudable. But the way it's being pursued right now suggests it's coming at a cost.