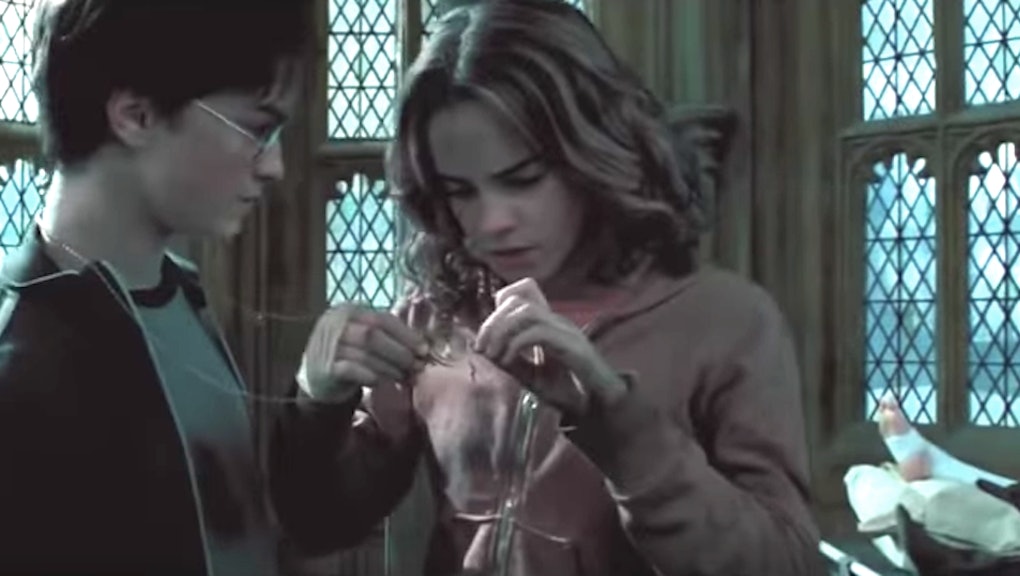 Hold on to your sorting hats, Muggles, because this Harry Potter fan theory might throw you for a loop. Remember Crookshanks, Hermione Granger's sassy orange cat? He may be pretty important.

Fans have long suspected that Crookshanks was a little more significant than your average fictional pet — after all, he was one of the only creatures to notice something was a little off with Scabbers the rat (aka a middle-aged man in disguise) — but this new theory currently circulating the internet would give Crookshanks even more weight in the world of Harry Potter.

Read more: A New Fan Theory About 'Game of Thrones' and Jon Snow Is the Wildest Yet

In Harry Potter and the Deathly Hallows, the final book in the series, Harry reads an old letter from his mother, Lily, in which she mentions they had a cat — leading Harry to wonder what happened to it after his parents were killed by Voldemort. What if ... wait for it ... Crookshanks is that same cat!?

Crookshanks being the Potter family's old cat would explain why he seemed to recognize both Scabbers as Peter Pettigrew and Sirius Black in dog form. And when Hermione first got him, the shopkeeper mentioned that Crookshanks had been hanging around for a while, meaning he might actually be old enough to be the same cat from Harry's babyhood.

But there are some holes in the theory. If Crookshanks were actually the Potters' old cat, wouldn't Sirius have recognized him? And the Potter family lived in Godric's Hollow — how would Crookshanks have wound up in a shop on Diagon Alley?

Until J.K. Rowling either confirms or denies this fan theory, it will stay just that: a theory. And this isn't even the only wild idea about Crookshanks' origins — another fan theory hypothesizes that the cat is actually Sirius' brother Regulus Black in Animagus form. Both of these theories aim to tie everything together in the world of Harry Potter, but sometimes a grumpy cat is just a grumpy cat.