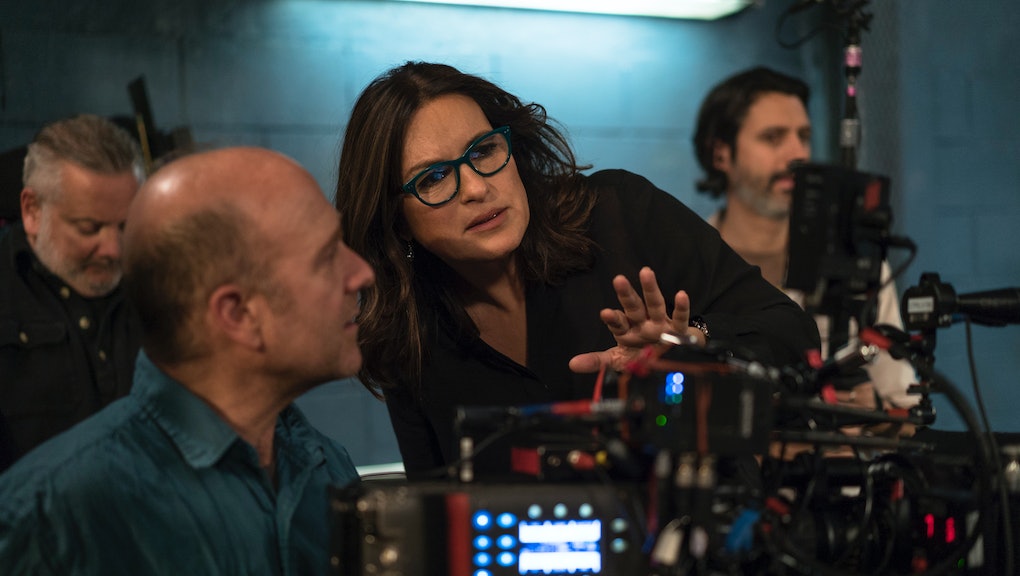 Ahead of Wednesday night's episode of Law & Order: SVU series star Mariska Hargitay participated in a chat with Mic and other users on Twitter.

Hargitay spoke about how she is able to tackle such tough topics, how SVU addresses rape culture and how she's able to practice self-care amid the tough situations she confronts on the show.

Hargitay directed the episode, titled "Sheltered Outcasts." Here's how the idea for it was born:

One user asked Hargitay if telling these stories affects her personally.

When another user asked Hargitay what her advice to her younger self would be, she came ready with some of her favorite quotes.

Those who watch Law & Order: SVU know that it doesn't shy away from covering stories of sexual assault — but does Hargitay think that it helps survivors?

However, when asked about any single story that stuck out to her, Hargitay reminded followers that each story is unique.

SVU watchers know that Hargitay's character is also a survivor of sexual assault. How does that affect the way Hargitay plays the character?

But what about self-care? Hargitay made sure to point out how both her character and her make sure not to neglect mental health.

If anything, Hargitay just reminded everyone that she's a boss.