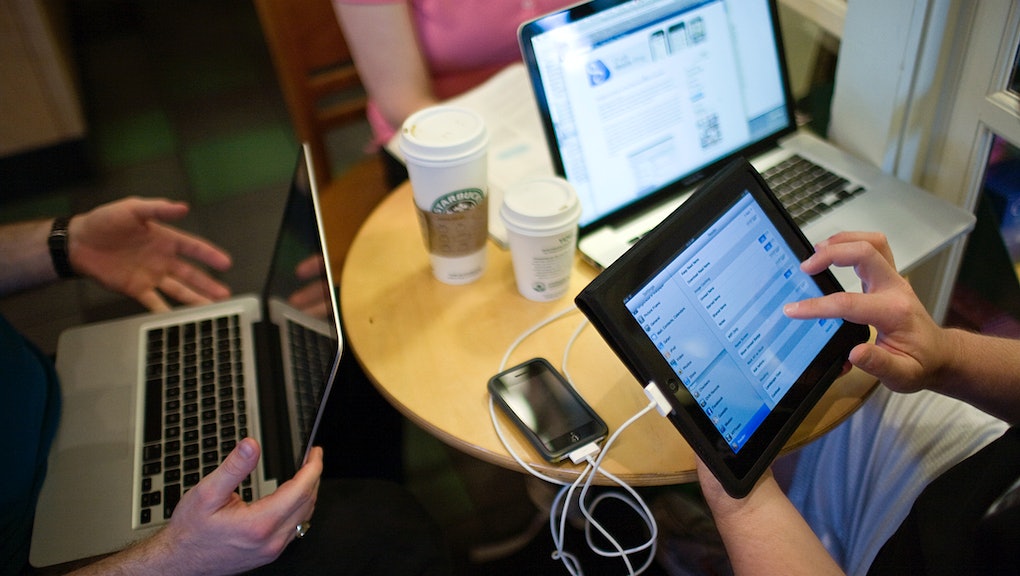 Last week I went to a cafe to work. When I asked the waitress for the wireless password, she couldn't remember it. I watched as she went back to the counter and shuffled through some sticky notes until she landed on the right one. After a few minutes, she came back over and recited it to me. It then took me several tries to get the right combination of lower and uppercase letters in order to give me entry to the restaurant's wireless network. It was an unnecessarily painful process, as it often is when connecting to Wi-Fi in a new place.

Researchers at the Massachusetts Institute of Technology want to change how we connect to Wi-Fi. To avoid the cumbersome network login process, a team has come up with a way to grant computers access to a Wi-Fi network based on their proximity to a router.

Applied practically, that means you could walk into a cafe and your device would automatically connect to a network — no annoying password necessary. The same could be true for a home network. When your friends come over, they could immediately be granted access to your Wi-Fi.

The technology called Chronos, according to Gizmodo, and it comes out of school's Computer Science and Artificial Intelligence Laboratory. It works with 97% accuracy and researchers were able to set location parameters within tens of inches: the difference between being inside a restaurant and just outside of it. In addition to using the tool to allow access to Wi-Fi, the team also tested its Chronos system as a way to keep a static distance between a drone and its operator.

While the tool could be used to eventually replace Wi-Fi passwords, it doesn't do anything to make public Wi-Fi any more secure. But, of course, neither do passwords.