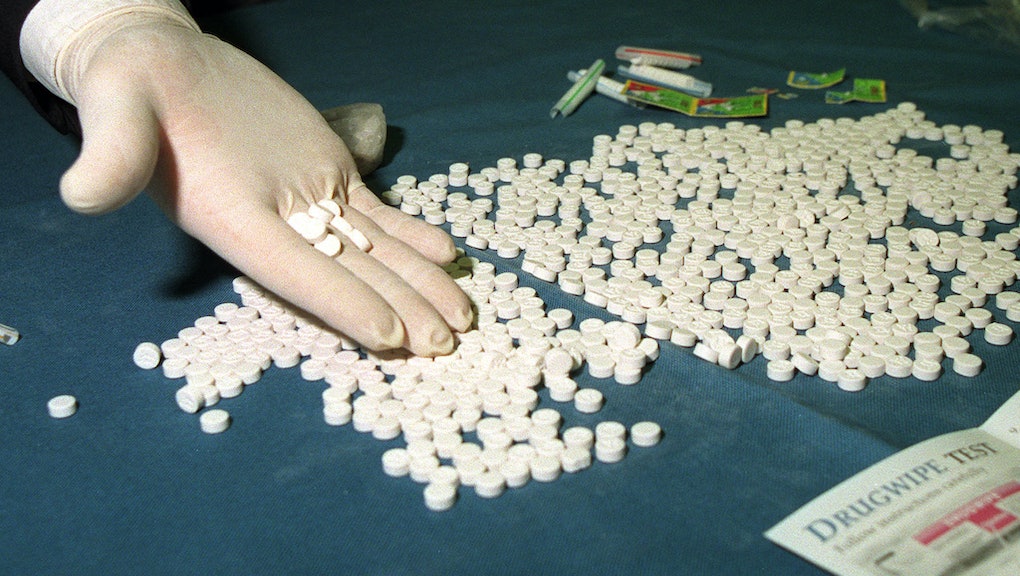 "People think Molly is this flower-child drug," Cat Marnell, who is writing a memoir of drug addiction, told the New York Times. By now, the drug is immortalized in song, a favored friend to the popular electronic music festival scene and subsequently mentioned when writing about festival deaths.

After popping ecstasy or its allegedly cleaner cousin Molly (or scientifically 3,4-methylenedioxymethamphetamine), users get overwhelmed with the feel-good serotonin and dopamine, which makes them more social, less anxious and their senses more sensitive, according to the National Institute on Drug Abuse.

This momentary sense of euphoria has led to an explosion in its usage — and recreational abuse. In the years between 2005 and 2011, the rate of hospitalization with the drug for under 21-year-olds rose by 128% per year, according to the Washington Post.

Read more: Scientists Are Discovering a Surprisingly Healthy Reason to Use MDMA

For the average person, the truth about Molly is convoluted. There are cases in which MDMA has been found as effective psychotherapy treatment, USA Today reported. But the powder, capsules or pills sold as ecstasy or MDMA on the street is often mixed with other drugs and rendered impure, CNN reported.

Commonly known side effects of Molly include irregular heartbeats and happiness, but what about the long-term or more understated biological effects it has on the body? Below are six things that MDMA or ecstasy can do to the body.

Since Molly is usually taken in high-dance and sweat environments, its users run an equally high risk of experiencing hyperthermia if they don't properly stay hydrated, ABC News reported. "Temperatures can skyrocket up to around 105 degrees Fahrenheit, which is extremely high and can cause — rapidly — liver failure, kidney failure, seizures and death," Charles Grob, professor of psychiatry and pediatrics at the University of California, Los Angeles School of Medicine, told ABC News.

Hyperthermia itself feels like dizziness, confusion and can possibly result in coma, according to the National Institutes of Health.

Post-high damage to our prefrontal cortexes

Regular MDMA use has been linked to worsened cognitive functioning, since the serotonin receptors are mainly in the prefrontal cortex of the brain. A recent study found that the brains of those who have taken the drug 11 or more times had to work harder at a test than those non-users. The most severe damage occurred in those who most recently took the drug.

Research has found MDMA to cause bruxism, or the grinding or clenching of teeth and jaws, in mice and humans. This is a result of the drug's interaction with the spinal cord (which runs parallel with a "major serotonin pathway," according to the National Institute on Drug Abuse). A study found that regular users have more tooth wear than nonusers. MDMA users reported having TMJ problems, or the temporomandibular joint that acts as the jaw hinge.

When taking MDMA, users often experience urinary retention, which is holding in urine without any urge for release. Basically, this is because MDMA chemically blocks the nerves to the bladder. This can later lead to other conditions, such as urinary tract infections.

Acute kidney injury, or when the kidney is unable to filter out the blood's waste, has been associated with taking ecstasy due to its effect on the body's muscles, according to a study. The binge drinking of water during rolling can also play a part in the development of AKI.

Since serotonin levels flood into the brain with MDMA, the drop in serotonin following the high often leaves users feeling depressed and anxious, according to the Daily Beast. The next few days of feeling down has been nicknamed "suicide Tuesday."