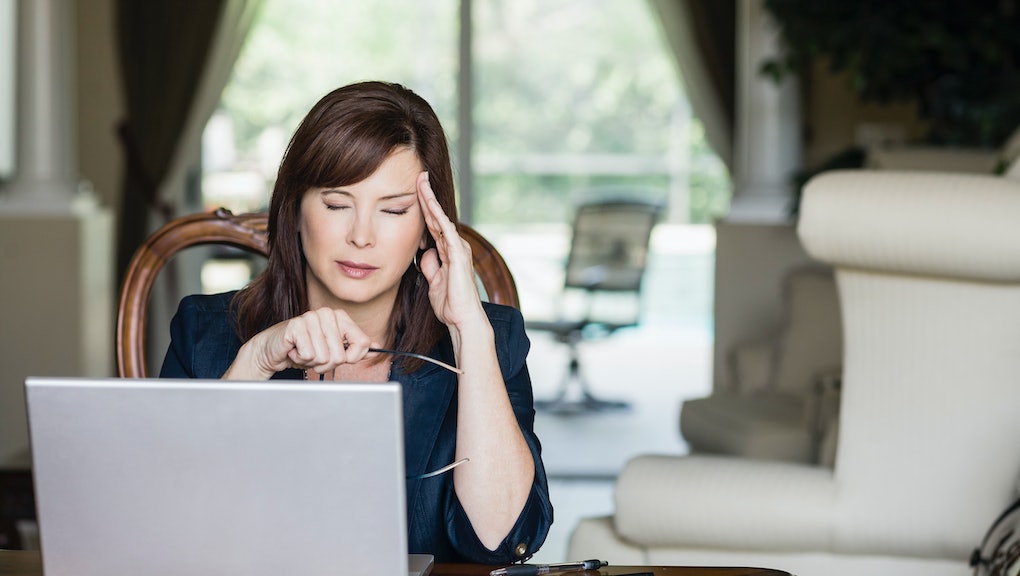 On Tuesday, Facebook account Meninist posted a meme pointing out an alleged double standard in what it takes to be considered an attractive man versus an attractive woman. Men, suggests the post, are held to an exhaustive list of standards, while only one thing is required of women: "Don't be too fat."

The original post might have gone unchecked on the account of, say, a men's rights activist, but when one Facebook user shared it to his personal page, it didn't play well with one friend in particular: his mom.

Twitter user Ghoulia was scrolling through her newsfeed when she noticed the online reprimand and tweeted out these screen grabs for posterity:

"I wouldn't worry about any other girls' response here," wrote the clearly horrified mother. "Mine should enlighten you. And I've screen shot this for our further viewing pleasure and future learning tool."

In the past, some outlets have enlisted mothers to set their misogynistic sons straight. Last year, video network Scene made young men watch video clips of their mothers being catcalled to teach them a lesson about  street harassment. And in the same month, footage from a Peruvian public service announcement that showed men learning the women they were harassing were their mothers in disguise went viral.

As Mic's Jenny Kutner wrote in September, "Men shouldn't only be able to come to understand the harsh reality of being female by seeing how it affects those close to them personally. They also need to understand that women are people too, not just mothers, sisters, daughters or wives."

But for this tone-deaf Facebook user, the tongue-lashing can only help. Mother, of course, knows best.