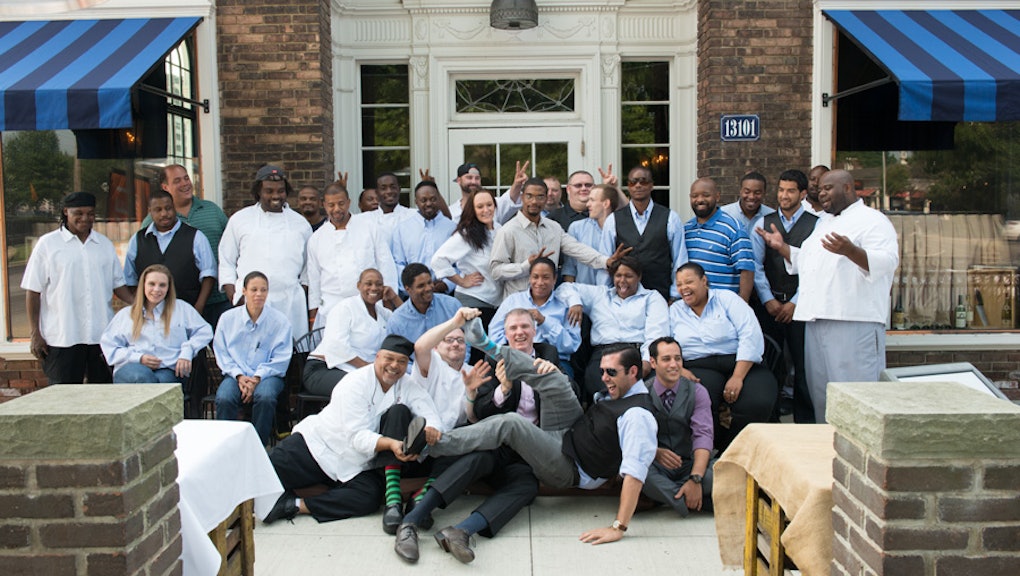 This Upscale Cleveland Restaurant Is Giving Ex-Convicts a Second Chance

Patrons keep returning to Edwins for the upscale French cuisine, but the staff enjoy a far sweeter perk: a second chance.

Indeed the Cleveland restaurant is staffed almost exclusively by ex-offenders. Officially designated "Edwins Leadership & Restaurant Institute," ex-cons attend classes at the facility over a 26-week period, which help to prepare them for work in every area of the food industry.

Students learn how to chop and prepare food in the kitchen and serve and seat guests in a dining room. The studies are capped off with an approved apprenticeship at a local eatery. The restaurant has a full-time caseworker on staff to help place participants in housing or counseling programs as needed.

The program is the brainchild of visionary chef Brandon Chrostowski, whose website claims he became inspired "from a break [he] received early in life ... while on probation."

"After someone's done their time, everyone deserves that fair and equal second chance," Chrostowski told CNN. "At Edwins, you can come to us after you've served that time and start over."

Chrostowski says that once his students learn the basics, like knife skills and wine 101, they are ready to move on to other restaurants. For ex-offenders, such assistance can be invaluable, as the path to success is often particularly fraught for them.

According to the website for Edwins, the rate of recidivism in Cuyahoga County, where the restaurant is located, is over 20%.

But according to Chrostowski, prospects are much rosier at his restaurant: 90% of the 114 students who have graduated from his program are employed, and none have returned to prison.

Read more: Obama Bans Solitary Confinement for Young People in Federal Prison — But Is It Enough?