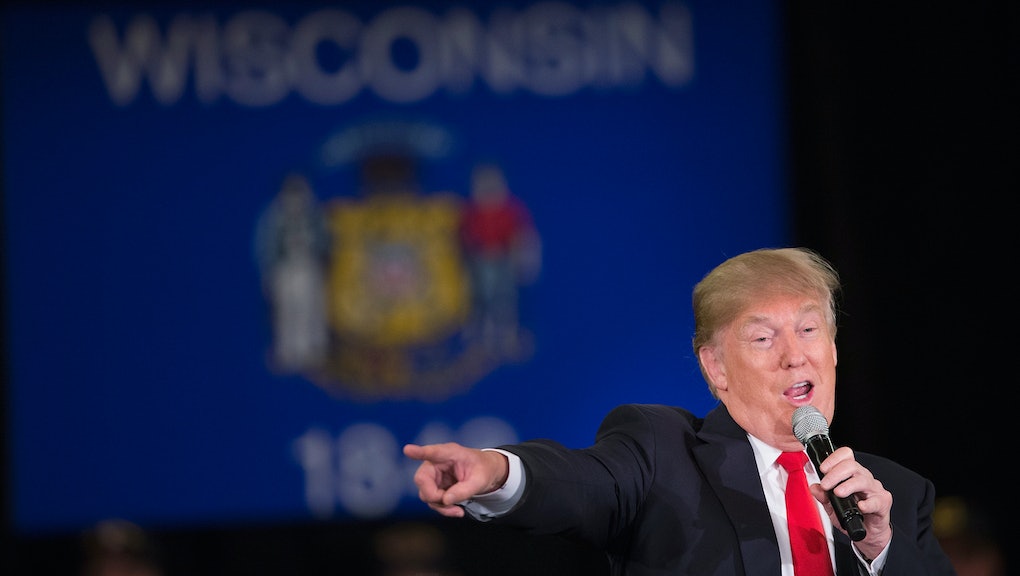 Breathe easy, America. Before you judge Donald Trump's proposed Muslim ban too harshly, consider this: It will not apply to Muslims who are, A. Donald Trump's friends, and B. rich.

The Republican presidential candidate, with a totally straight face, told MSNBC's Chris Matthews on Wednesday that he has "a lot of friends that are Muslim," many of whom are "rich" and would get special treatment to let them in the country.

"I have, actually, believe it or not, I have a lot of friends that are Muslim, and they call me," Trump said. "In most cases, they're very rich Muslim."

"But do they get into the country?" Matthews asked.

"How do you let them in?" Matthews replied.

"They'll come in," Trump said. "And you'll have exceptions."

So there you have it.

In early December, Trump's campaign issued a statement saying the GOP presidential frontrunner had called for "a total and complete shutdown of Muslims entering the United States until our country's representatives can figure out what is going on," CNN reported.

The move came shortly after a terrorist attack at the Inland Regional Center in San Bernardino, California, where two shooters killed 14 people before they were killed by police.

Aside from the dubious claim that Trump has Muslim friends, his open willingness to make exceptions for them — whoever they are — to his own proposed Islamophobic laws certainly bears well for America's future legal integrity.

See you in November, folks.