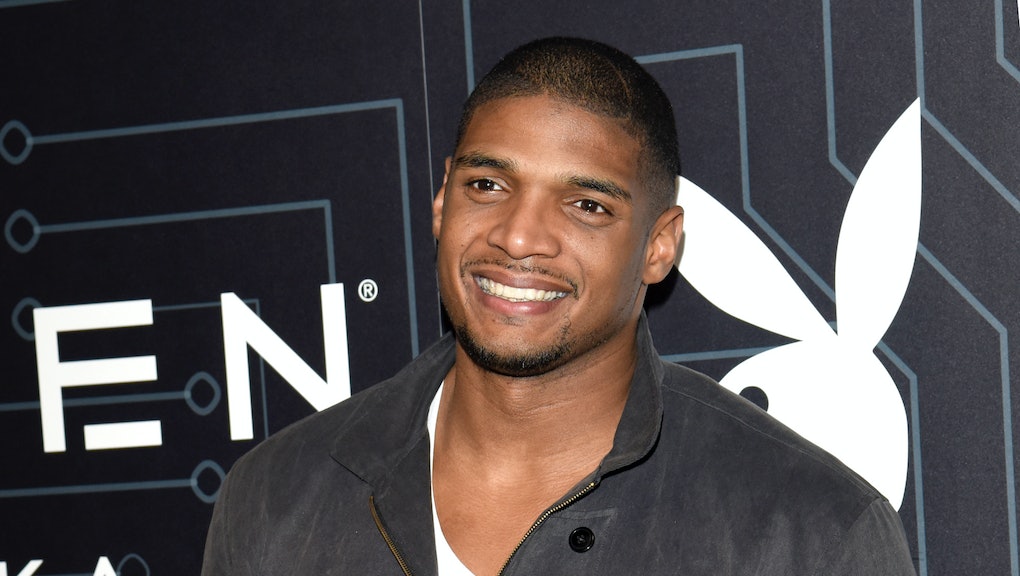 If you ask Michael Sam, the gay community is fumbling when it comes to conversations about race.

Sam, who made history as the first out gay man to be drafted in the NFL, will cover Attitude's May issue, and, in his interview, he discussed what it's like living in two overlapping communities: the gay community and the black community.

According to Queerty, Sam said that racism in the gay community is "terrible."

"There are a lot of black, openly gay people," Sam said, Queerty reported. "A lot of people have [gay] friends, cousins, brothers, sisters. ... They have at least one openly gay person, at least it's more accepting, that's my experience. People tell me they have family members who are gay, and it doesn't freak them out and no black person ever freaked out at me, 'Oh, you're gay.' None."

Sam said there are some people who are bigoted for religious reasons, but that affects more than just black communities. "That's everywhere," he said. "Ted Cruz is pretty much anti-gay."

Sam's comments echo a much larger conversation happening around racism in the gay community. In January, the hashtag #TweetLikeAWhiteGay flooded Twitter with sentiments from gay men of color and others who wanted to talk about the often explicit racism practiced by white gay men. On Monday, queer black rapper Mykki Blanco started a tweet storm by calling out gay media for favoring white models and subjects over people of color. People on Twitter responded with #GayMediaSoWhite.

A quick glance at the internet will prove that racism, sexism and homophobia exist everywhere, and not only in certain communities. However, stereotypes about homophobia in the black community and the progressivism of the gay community actually harm progress. Recognizing racism is the first step to dismantling it — so we hope you're picking up what Sam is putting down.