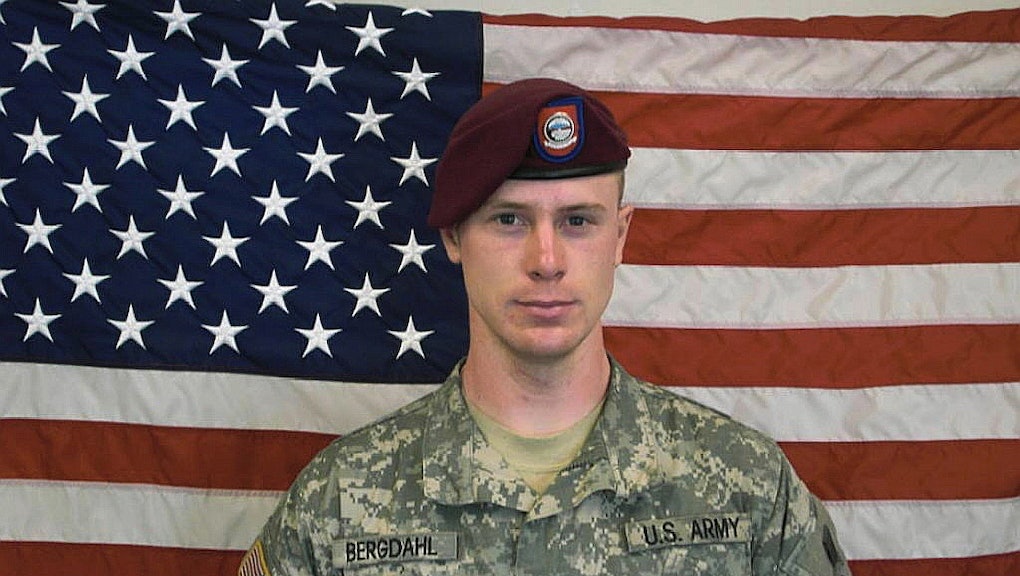 'Serial' Season 2 Revealed New Facts About the Bowe Bergdahl Case — But Who Was Listening?

Season one of Serial smashed all previous podcasting records upon its release in 2014. The hit program elevated the story of an underreported murder in the Baltimore suburbs to intense national interest. The series won a Peabody Award along the way.

But even the most diehard fans of season one likely haven't heard much — or any — of season two. They may not even know Serial released the season finale Thursday. Those fans have been missing out.

Read more: 'Serial' Season 2 Won't Be as Compelling as the First — and That's a Good Thing

Season two shifts gears from an emotionally enveloping, nationally undercovered murder mystery to the much more dense and familiar story of Bowe Bergdahl, the soldier who abandoned his platoon, remained in Taliban custody for five years, and was only released after the United States traded five Taliban leaders held in Guantanamo Bay.

After the first couple of episodes, critics thought many fans of season one would stop listening and lamented the opportunity to capitalize on such a large audience in favor of telling a familiar, less captivating war story. The release schedule also shifted from weekly to biweekly midway through the season, angering some listeners already having trouble holding on.

But while season one fans might have tuned out, season two delivered a nuanced picture of a soldier who lost his way in the middle of a modern war, one who probably shouldn't have been admitted to the Army in the first place. In 11 episodes, Sarah Koenig and her team managed to untangle a complicated tale of not just the central dispute, but about greater themes of war, honor, loyalty and forgiveness that listeners could relate to on a basic human level.

As of last Friday, before the final episode's release, season two's episodes had been downloaded 50 million times, according to numbers provided by a Serial spokesperson. Season one's 12 episodes had only been downloaded 38 million times at the end of the season — 12 million fewer downloads in roughly the same timeframe. That said, those season one installments were downloaded 95 million more times since it concluded, according to the spokesperson.

Serial co-creator and executive producer Julie Snyder wasn't surprised by the initial lack of enthusiasm for season two. "I saw it coming," she said Thursday in a phone interview. "It wasn't so much we were worried about losing listeners. I expected it."

Snyder said the team wasn't looking to repeat what made the first season a phenomenon. Koenig, who also co-created Serial, has said much the same previously. They were attracted to Bergdahl's story because they didn't know much about it.

"My understanding of his story initially was very basic," Snyder said. "I saw the video that the Taliban had released when he got rescued, and I remember thinking 'Man, I bet that guy has a story to tell.' But then I just assumed we'd hear it."

But no one did. No major media outlets interviewed Bowe. He only did 25 hours worth of phone interviews with journalist-turned-screenwriter Mark Boal — which, at the time, were only for research purposes. Covering the story for season two only became an option when Boal came to the Serial team to ask for advice about what to do with the tapes.

"Our jobs are reporting and shining light on places that we feel have been overlooked and so going back into another case didn't seem exactly in our wheelhouse," Snyder said. "Looking at Bowe's story was definitely an opportunity to look at the war in a narrative way that felt like an endeavor that was worth it."

Along the way, the Serial team uncovered a number of previously unreported parts of Bergdahl's story. They reported beyond the already known story that Bergdahl was discharged from the Coast Guard when he was 18 after having a breakdown at boot camp training. Koenig spoke with two people who had been at training with him when the incident occurred. They revealed that Bergdahl's "panic attack" that got him discharged was much more serious than just an inability to handle training. Serial's sources cast his preparedness to serve at all into doubt.

When asked if they were surprised Bergdahl walked off, one responded, "What the hell is he doing in the Army?"

Serial also took on the question of whether soldiers died because of Bergdahl — a question even the U.S. Army has yet to investigate, according to Snyder. "We think that it's a stretch that anyone died looking for Bowe," Snyder said. "That said, there are a lot of really real consequences to it, and definitely people were pretty severely injured and harmed — psychologically, physically and emotionally."

Koenig also gave Bergdahl the chance to explain his reasons for deserting in his own words, as told to Boal. She then went back and talked with soldiers who served with him in Afghanistan and military officials to tease out why, after being imprisoned by the Taliban for five years, some people believe he should serve more time for what he's done.

Even after some tuned out, Serial remained bold, investigative work that actually broke news. Just like its big brother This American Life, Serial used people's own voices to paint a fuller picture of a complicated case.

"There's really a tendency to reduce people and their stories and experiences both in narrative ways but also in reporting, and I don't think that does a service to anybody," Snyder said. "It's important to try and understand where people are coming from and why they make the decisions they make."

April 5, 2016, 4:22 p.m.: In her interview with Mic, Snyder said Serial's first season was downloaded 30 million times. A Serial spokesperson corrected this to 38 million after the story's publication. This story has been updated to reflect the corrected number.