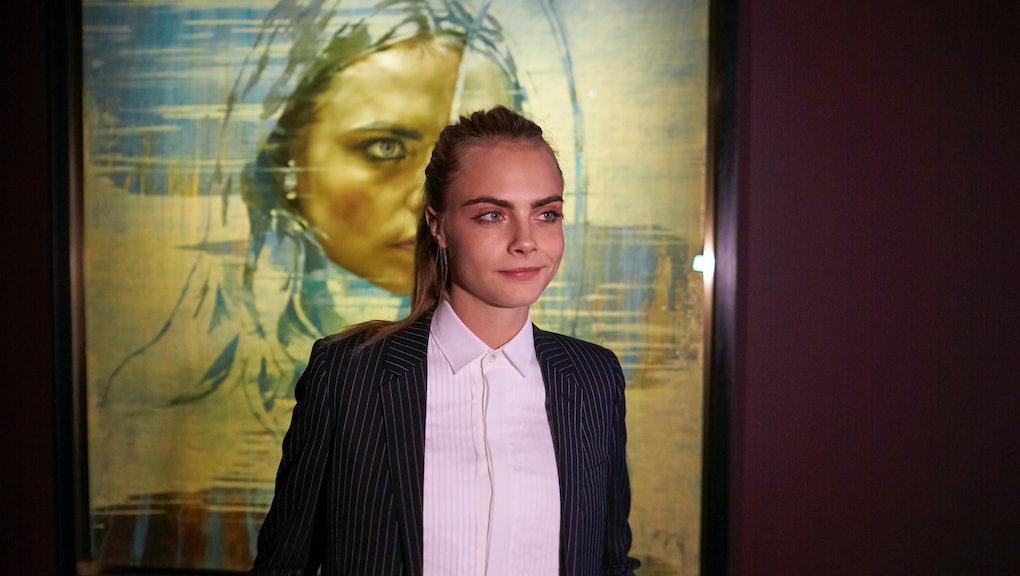 British supermodel Cara Delevingne went to Twitter on Thursday night to "set the record straight" over her modeling career and having depression. The move came after Delevingne was announced as the new face of fashion house Yves Saint Laurent, which put an unexpected end to her modeling hiatus, USA Today reported Thursday.

Delevingne tweeted she didn't quit modeling, nor did she blame the fashion industry for her depression. "I suffer from depression and was a model during a particularly rough patch of self hatred," she wrote, adding that during the time she was modeling, she "ended up completely exhausting" herself.

Delevingne has previously spoken out about her depression, saying at the 2015 Women in the World Summit that she was "completely suicidal." British model veteran Kate Moss had helped her during that time, and Delevingne ultimately chose to take a break from modeling.

Read more: 6 Celebrities Who Are Open About Their Mental Health

On March 9, Delevingne wrote a blog post for Time that went in depth on how she felt overworked pre-hiatus, which was due to seeking others' validation. "It's taken time, but now I realize that work isn't everything and success comes in many forms," she wrote. "I've opened my mind, and now I embrace new things with a childlike curiosity."

Those things are her new acting gigs, as she's been in Paper Towns, Anna Karenina and soon many more films. "I am focusing on filming and trying to learn how to not pick apart my every flaw," she tweeted.