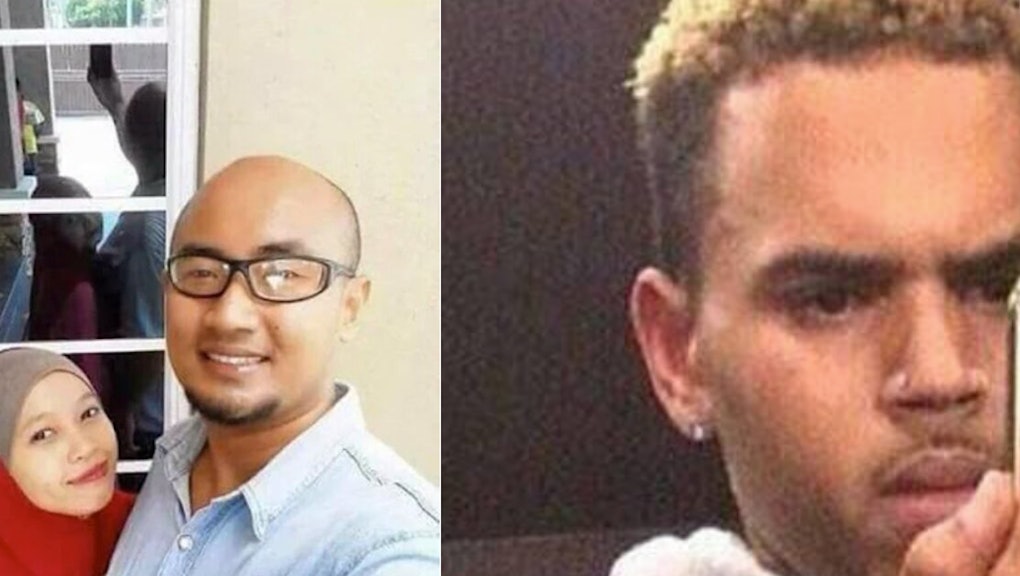 The Twitter handle @itsthemans uploaded a meme Sunday that has over 28,000 retweets and nearly 20,000 favorites as of Friday morning.

At first glance, the photo seems normal: a couple taking a selfie. But upon closer inspection, it seems as if the woman's face, which is facing the camera, is also reflected backward in the glass, as if she were looking behind her simultaneously.

As expected, social media users flipped out. Some users called it "paranormal," and more skeptical ones blamed good ol' Photoshop.

Others jokingly compared it to Voldemort from Harry Potter and attempted their own Photoshop versions.

The freaky meme even made its way onto popular Instagram account @__itsjustbanter__, where it got around 6,000 likes as of Friday morning. Many had to do a double take, and others were "actually scared" of it. "I've been thinking about this since yesterday," one user wrote.

On Instagram, some users guessed there could just be a mirror in front of her. Someone else suggested a different woman was behind her, reflecting her own face in the glass.