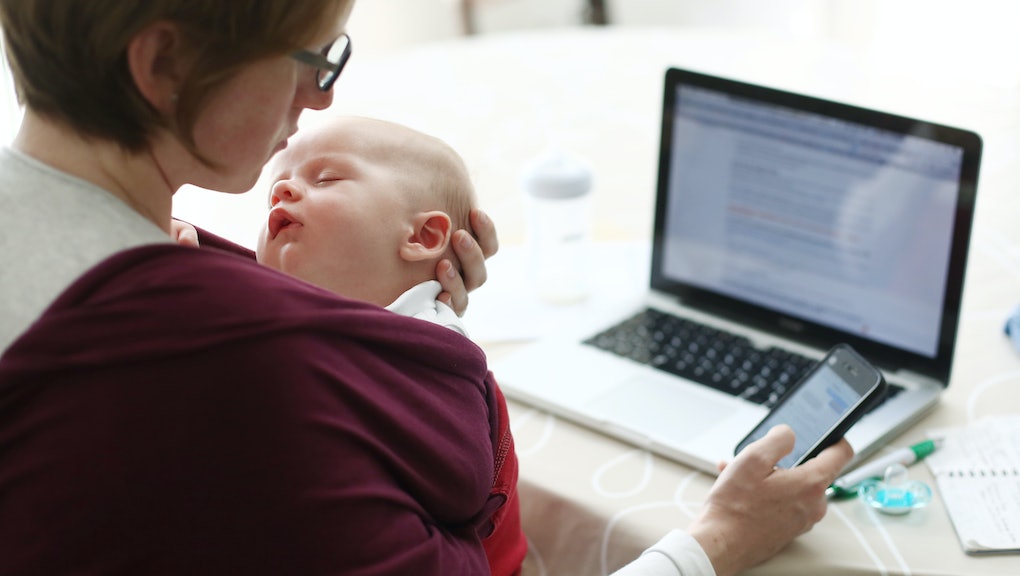 The United States has, objectively, one of the worst family leave policies of developed nations — which is to say, it doesn't really have one. As a handful of states have started enacting their own policies to give new parents and people with ailing family members the time off they need, none has initiated the sort of change advocates say could dramatically improve life for hundreds of thousands of Americans. Except for New York.

On Thursday, the New York state legislature passed what is arguably the most comprehensive family leave policy in U.S. history, which will ensure up to 12 weeks of paid time off from work for new parents, whether they've given birth, adopted or taken in a foster child. The measure also affords time off — and job security! — for workers who must care for sick family members, allowing both full-time and part-time employees to act as caregivers without penalty (but with income) once they've been at their jobs for six months.

New York's new policy will not only require employers to grant time off, but to provide employees with at least a portion of their usual compensation while they're gone. Unlike the Family and Medical Leave Act, which is currently the closest thing to a family leave program the federal government has, working parents might be able to take time off, but there's no assurance it'll be paid — or that they'll even still have jobs when they get back.

New York's program, which will be employee-funded through monthly contributions deducted from their paychecks, is certainly a less progressive model than leave programs in countries like Sweden or the United Kingdom (for instance, the latter country offers 37 weeks of paid leave for parents who meet certain conditions).

Yet the new law is more revolutionary than those passed in states like California and New Jersey, which offer half as much time off. That's because the policy doesn't just focus on how much time employees need to spend with their families; it also focuses on the other struggles that come with being a caretaker in a country that doesn't consider caregiving a legitimate form of labor.

Those struggles are especially challenging for single parents, who are not just one of the fastest-growing demographics in the country, but also make up a fairly sizeable share of minimum-wage workers. Mothers and fathers who are raising kids without partners face significant struggles paying for basic expenses and are disproportionately more likely to live below the poverty line. That ultimately makes the ability to stay home with a newborn or a sick child impossible if it means missing a day of work and not getting paid.

The implications of New York's law, however, are more far-reaching than simply helping families afford the very real financial cost of, well, having a family. For starters, it gives fathers in particular an opportunity to help their partners shoulder the burdens of childcare and other household duties, which still fall to women the bulk of the time.

Perhaps most importantly, however, New York's measure reflects an understanding that interpersonal relationships have value, and that they also take work. In that respect, the program won't just give parents, children, spouses and other caregivers the resources they need to stay employed and take care of their personal lives. It also gives everyone a better shot of having it all.