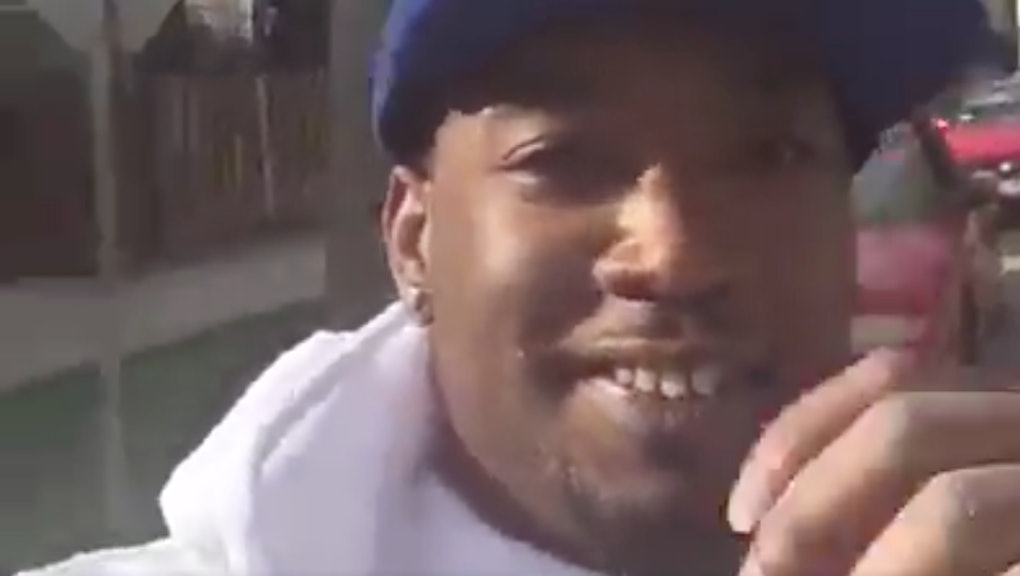 Chicago Man Shot While Livestreaming; His Video Captures the Horrors of Gun Violence

In another instance of gun violence in Chicago, an unidentified man was shot while livestreaming himself for a Facebook video in the West Englewood neighborhood on Thursday, according to Slate. The man was shot in the face and groin, and is at Mount Sinai Hospital in critical condition, according to the Chicago Tribune.

In the explicit video, the man, who police described as a gang member, talked about how he's not supposed to be in that neighborhood, joking about finding "somewhere to duck and hide for cover," Slate reported After the victim falls, the shooter appears above him, still shooting.

Read more: This Is How Chicago Gets Flooded With Illegal Guns

The happenings in the video are consistent with the descriptions of one of the 10 shootings that occurred in the city on Thursday, which left three dead and seven injured.

"About 4:50 p.m. a 31-year-old man was shot in the 5500 block of South Hoyne Avenue in the West Englewood neighborhood, police said," the Chicago Tribune originally reported on the 10 shootings. "He was shot multiple times when a person on foot came up to him and fired. The offender then fled in a vehicle."

Police are currently investigating the authenticity of the video, as well as the identities of the shooter and the victim, according to the Chicago Tribune.

Chicago's number of homicides for this year are at almost record-high levels, already at a 71% increase from last year over the same time period, as of Wednesday, according to the Chicago Tribune.